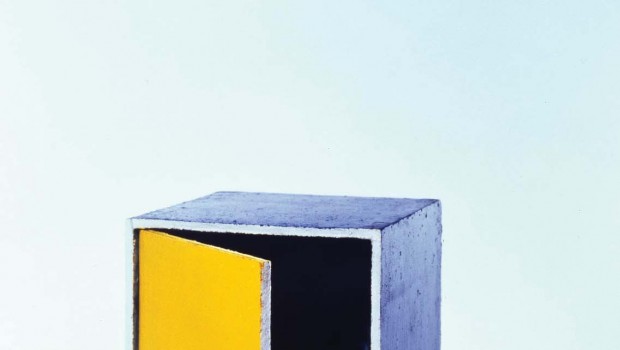 Hélio Oiticica’s current exhibit The Body of Color at the Museum of Fine Arts Houston may tempt the viewer to agree with writers who have called his art “ordered delirium.”1 On the one hand there is forethought and calculation; on the other, spontaneity and a crescendo of forms and colors (pink, yellow, orange, red, etc.) incarnated in a variety of objects. Many of these objects escape known art genres and fall into new categories
invented by Oiticica in the sixties. In the midst of this genre confusion the run-of-the-mill viewer may find it a little harder to fathom order. Oiticica’s order mirrors Rio de Janeiro’s popular culture and the organization within the seemingly chaotic constructions of the favelas.

The bólides caixas are peculiar boxes that fold, have drawers, hold pigments, pebbles, shells, mirrors or photographs.
Often they are made of materials picked from the street and painted in bright yellow, orange, pink or red.

The Body of Color echoes Oiticica’s 1965 exhibit Opinao 65 at the Museu de Arte Moderna (Rio de Janeiro) to which he invited dancers from the Mangueira samba school to participate.2 Writer Anna Dezeuze notes, “The irruption of the poor into the bourgeois atmosphere of the museum caused such a scandal that the director had them evicted. As censorship worsened in Brazil during the later 1960s, Oiticica’s association with Mangueira would increasingly be linked to a political resistance to the dictatorship that had taken over the country in 1964.”3 So what may appear forty-one years later as mere exercises in the formal and conceptual possibilities of art is rooted not only in carioca culture but also in a philosophy of art as a tool for revolution—if not political, at least of cultural consciousness. Oiticica’s gesture towards his working-class friends of Mangueira, barely a year after leftist president Joao Goulart was ousted by a right-wing military coup was not only provocative but also dangerous. The military regime was marked by the torture, imprisonment, murder and disappearance of many politicians, students, writers, and artists.4

There is also an art/cultural background for Oiticica’s work. In 1950 Swiss artist Max Bill, the professed apostle of Concrete art, had exhibited at the recently inaugurated Museu de Arte of Sao Paulo and the following year he won an important award at the first Sao Paulo Biennial. According to Edward J. Sullivan, Max Bill “inspired many younger artists in Brazil to work in a style related to his.”5 The term “Concrete art” comes from Theo Van Doesburg’s Manifesto of Concrete Art (1930). The main tenet of this type of artistic practice was to create works that were “objective” and independent from any symbolism or observed reality. In essence, it aimed to create non-figurative art that did not denote anything but itself. These artistic ideas found fertile ground in Brazil as they coincided with the prevailing ideas of industrialization and architectural renovation. As a result two enclaves of Concrete art appeared in Brazil. In Sao Paulo the Grupo Ruptura was formed in 1952. Among others, it included Waldemar
Cordeiro, Luís Sacilotto, Geraldo de Barros, and Anatol Wladislaw. In Rio de Janeiro the Grupo Frente consolidated around abstract artist Ivan Serpa with an exhibition at the IBEU gallery (1954). At the end of two years the group included Lygia Clark, Lygia Pape, Décio Vieira, the brothers César and Hélio Oiticica, Franz Weissman, Abraham Palatnik, and other poets and artists.

Given the very different cultures of Sao Paulo and Rio de Janeiro, Ruptura and Frente were bound to collide. On the occasion of the 1ª Exposição Nacional de Arte Concreta that opened in Sao Paulo in 1956, members of Ruptura criticized the Frente artists for their lack of structural rigor and for allowing lyrical expression to contaminate their Concrete art. The strict abidance of the Ruptura group to the principles of international
Concrete art was too confining for the more eclectic Frente group. The schism led Ferreira Gullar to write the Manifesto Neoconcreto (1959) for the 1ª Exposição de Arte Neoconcreta at the Museu de Arte Moderna in Rio de Janeiro. In it Gullar objected to the “dangerous rationalistic extremism” of Concrete art and proposed to restore to art its existential, emotive and affective dimension. Moreover, coming close to what Oiticica would later envision, Gullar articulated the idea that “we do not conceive a work of art as a “machine” nor an “object” but as a quasi-body.” To emphasize the Neoconcrete openness, Gullar stressed that Neoconcrete artists did not constitute a “grupo” ruled by dogmatic principles. Eventually the Neoconcrete affiliates would include Lygia Clark, Lygia Pape, Amílcar de Castro, Franz Weissmann, Sergio Camargo, Ferreira Gullar, Aluísio Carvão, Décio Vieira, Hélio Oiticica, Hércules Barsotti, Willys de Castro, etc. Some, like Clark, Pape and Oiticica underscored the importance of dynamism and an interactive physical engagement between works of art and its public.

The name of Helio Oiticica’s current exhibit The Body of Color comes from one of his own lucid reflections. “Color,” he stated, “tends to ‘in-corporate’ itself; it becomes temporal, creates its own structure, so the work then becomes the ‘body of color.” This exhibit covers Oiticica’s production from the late fifties to the late seventies. In his late fifties work Eschemas the viewer faces works in which color, movement and form follow the directives of Brazilian Concrete art. They are non-figurative, geometric and made to hang from the wall. It is with his “Relevos” that Oiticica begins the liberation of color from its rectangular bi-dimensional existence. The Relevos resemble colorful origami hanging in space: geometric and minimally volumetric—hence the name that means bas-reliefs. 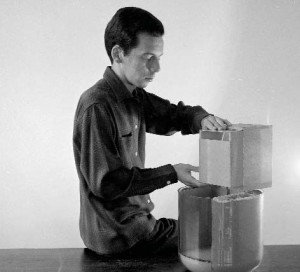 In the inventory of Oiticica’s oeuvre three types of objects figure prominently: bólides, penetráveis, and parangolés. For Oiticica, the bólides (Portuguese for “fast-moving fireballs”) reflected the colors and structures of the favelas. The bólides caixas are peculiar boxes that fold, have drawers, hold pigments, pebbles, shells, mirrors or photographs. Often they are made of materials picked from the street and painted in bright yellow, orange, pink or red. There are also bólides de vidro, like one made of a glass cylinder filled with pink pigment and an embedded cube. Ultimately these “fireballs” set Oiticica’s work apart from the tenet of Concrete art that precluded representation. The bólides are concrete objects that represent, albeit not by resemblance, but by being samples of urban structures and debris.

In November 1964, Oiticica wrote: “The discovery of that which I call ‘parangolé’ (slang for a situation of sudden confusion or excitement), marks a decisive point and defines a specific position in the theoretical development of my entire experience with the question of three-dimensional color construction.” The parangolé is a kind of cape, banner or even tent made of fabric, paper, plastic, straw, and/or rope sewn together and painted or drawn. The parangolés were inspired by the capes worn by the dancers of the Mangueira samba school to which Oiticica belonged. The most important conceptual aspect of these works is that they are art to be worn. It is the viewer participation that gives these moving sculptures their changing forms and by wearing them the former becomes an active part of the work.

The interactivity of art is a central ingredient of Oiticica’s penetráveis as well. These are works of art to be inhabited (penetrated) just as the parangolés are to be worn. As the participants move inside a penetravel from one enclosure to the next they experience different sensations and feelings. Often the constructions resemble the improvised dwellings of the favelas where curtains or straw mats often take the place of walls, and bedrooms are often little more than boxes. Oiticica invited viewers to take off their shoes and inhabit these spaces through leisure activities such as lying down. The first of these environmental works, “Tropicália,” was mounted at the Museum of Modern Art in Rio de Janeiro in 1967. It became a seminal work that gave rise in Brazil to the Tropicalist movement in all the arts: theater, cinema, poetry, visual arts and popular music.

Aristotle understood that philosophy began with otium —a word that is the root of the Spanish word ocio—meaning leisure time. In other words, if you do not have leisure time because you have to attend to your business (neg-ocio = negation of ocio), you cannot possibly dedicate yourself to philosophical pursuits. Similarly, Oiticica invented the neologism “crelazer” which meant “to believe in leisure.” For him crelazer was based on joy and phenomenological knowledge and was a precondition for creativity. Not unlike Aldous Huxley and Timothy Leary, Oiticica also believed in expanding perception in order to unleash the creative self; he called it the “Supra-sensorial.” The Supra-sensorial could be achieved by hallucinogenic states, religious trance and the kind of delirium reached during samba dance. In his own words, “This entire experience into which art flows, the issue of liberty itself, of the expansion of the individual’s consciousness, of the return to myth, the rediscovery of rhythm, dance, the body, the senses, which finally are what we have as weapons of direct, perceptual, participatory knowledge… is revolutionary in the total sense of behavior.

NOTES
1. The MFAH‘s Latin American art curator, Mari Carmen Ramírez, is a co-author of a soon-to-be-released book The Body of Color—the same name as this exhibit. That is why although there are no curatorial credits at the exhibition or in the MFAH ‘s website—, we are led to believe that she is the curator of the The Body of Color.
2. Hélio Oiticica’s grandfather was anarchist. His father, José Oiticica, wrote the book Anarchism Within Everyone’s Reach (1945).
3. Anna Dezeuze, “Tactile dematerialization, sensory politics: Helio Oiticica’s Parangoles.” Art Journal. Summer, 2004.
4. Encyclopedia of Latin American History and Culture. Edited by Barbara Tenenbaum, Charles Scribner’s Sons, New York, 1996.
5. Brazil: Body and Soul. Edited by Edward J. Sullivan. Guggenheim Museum, New York, 2002. 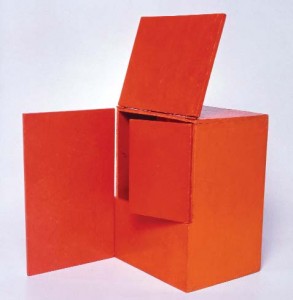 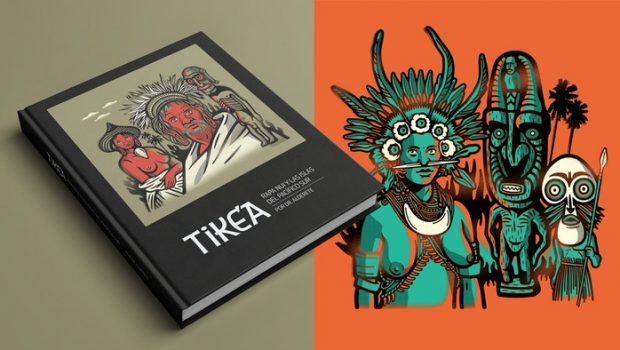 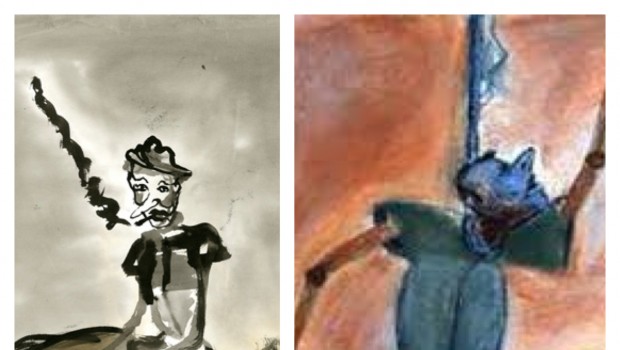 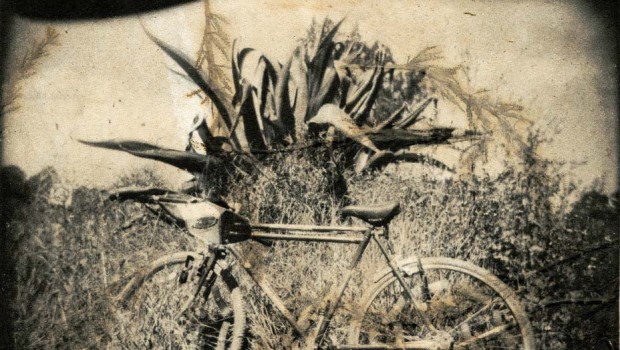 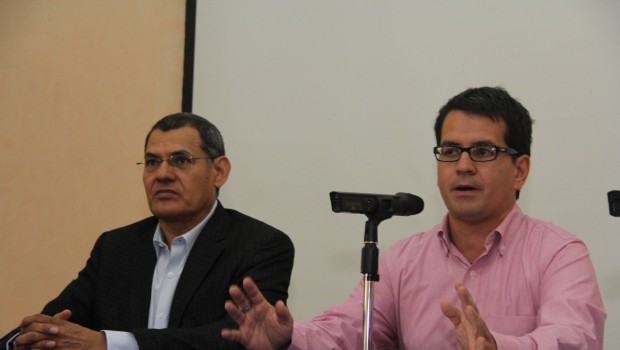