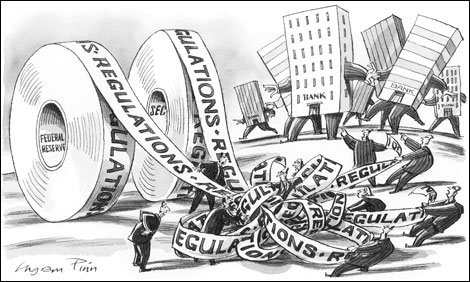 The other day, as I was cleaning my hob, I accidentally knocked the switch and turned the gas on. I didn’t notice at the time. So two hours later, when I struck a match to light a candle… nothing happened. Why? Regulation. Hobs installed in flats must now come with a safety feature known as a flame supervision device which cuts off the gas supply if it is left on without burning.

For all the complaints about the absurd rules imposed by “health and safety,” without regulation, we’d live in more dangerous homes, drive less safe cars and earn our livings in more hazardous work places. Regulation, backed by legitimate institutions with the power to enforce them, doesn’t only save lives, it also makes it harder for people to rip us off, easier to be assured of minimal standards, and harder for bankers to ruin an economy –or rather, would have made it harder for bankers to ruin the economy, had the right regulations been in place.

Yet you don’t often find people shouting, “Let’s hear it for regulation!” More often it is cast as the irritating red tape, the unwanted meddling of bureaucrats, the stifler of creativity. People only notice it when there’s too much, too little, too late, not when it’s doing its job. It is the condom of public life: it’s often a distracting irritant, but at its best, you hardly even notice it’s there, and when it fails, it can be disastrous.

The reason for this might seem simple: there is just too much of it. That’s true, in the sense that any amount of something bad is too much, and clearly there’s plenty of bad regulation around. But it’s also true that any lack of the right kind is too little, and there are many areas of life where some good regulation is sorely needed. Advertisers, for instance, still get away with outrageous claims, because the penalty for making false ones comes too slow and is too small. Environmental regulations are not nearly tough enough: buildings and machines could and should be forced to be much more efficient. And then, of course, there are financial services. All of these require robust and efficient institutions, mandated by law to uphold high standards.

So instead of taking a purely quantitative view of how much regulation there should be, it is better to focus on its quality. To do that, we need to ask what principles should govern the decision to regulate a particular area of life, or not.

The best answer to that question is actually the bastard child of the greatest enemies of regulation: free-market economists. This recently subdued tribe are often described as supporting a laissez-faire approach. But this is not entirely true. Although a few mad libertarians really do believe that you should be able to use a pointed rifle as an incentive for others to pay their debts for you, most settle for the more civilised principle of the rule of law. When it comes to state enforcement of contracts, the government is advised to laissez the “laissez” and just faire.

Orthodox free market economics also endorses state intervention to deal with what are known as externalities. Externalities are costs or benefits which do not carry a price for those who produce them. So if, for instance, if you pollute a river with waste from your factory and someone else has to clean it up, the costs of cleaning are a negative externality. Free market economics asserts that, in such situations, it is legitimate to make the polluter pay the cost of the clean up through taxation.

The trouble is that not all externalities can be neatly costed, and even if they could, that doesn’t necessarily mean society should be satisfied by mere financial compensation. An ugly building, for example, may exact no financial price on the residents who have to live under its shadow, but the aesthetic impact is still a negative externality. Similarly, if your polluting factory kills people, it would be absurd to ask how much tax should be charged to cover the loss. Taxation is hence not the only way to deal with negative externalities – prohibition and regulation also have their parts to play.

At this point in the argument, the libertarian starts to smell a rat. By this definition any negative effect of any economic activity turns out to be an externality, and the state, instead of leaving alone, has its justification to start meddling with everything. Somewhere along the line, the argument must have tripped on a banana skin at the top of a very slippery slope.

But while it is true that, in a broad sense, externalities are everywhere, it does not follow that we should try to regulate all of them. There are good reasons for saying we should only regulate for externalities which are significant, clear and, crucially, controllable by regulation.

Take three examples of how this might apply in practice. Until now, we have taken a very light-touch attitude to the regulation of advertising. But there is increasing evidence, catalogued with polemical vim by the British psychologist Oliver James, that it creates numerous significant and clear externalities. It breeds misery through the creation of an unreachable aspiration gap, it wastes people’s time by making them more inclined to buy things they don’t need, it fosters desires that we may think are unhealthy, and so on. Given that these externalities cannot be compensated for by taxation, there is a strong argument that we should regulate to minimise them.

Consider, in contrast, the recent proposals in the UK to introduce statutory regulation of psychotherapy. It is just not clear what externalities regulation would be justified in limiting. Any harms psychotherapy may cause in its present voluntarily regulated state are probably minor. But perhaps more to the point, regulating it in a rational, coherent manner may be impossible. To do so, you would have to be able to distinguish between what it can and can’t do, and what forms are kosher or not. You would also need to decide which regulator it should come under, which was set to be the Health Professions Council. But there are many inside and outside the profession who think this is all misguided. Psychotherapy is not a health intervention that treats the sick, and nor can its benefits be easily quantified. No wonder the whole project seems to have been quietly kicked into the long grass.

When regulation lacks a clear externality-based rationale, the danger is that it creates another externality of its own: the erosion of individual responsibility. Ineffective forms of complementary medicine are a good example. Because of the placebo effect, and because many are used by the worried well, the harms caused are usually small and often even balanced out by the gains. So why was a new UK regulatory institution, the Complementary and Natural Healthcare Council (CNHC), created in 2008?

The cynical answer is that it’s good for complementary medicine. You don’t need to demonstrate any clinical efficacy to get on the CNHC register. All you need to do is meet “professional standards”. But being on that register gives practitioners the veneer of officially-endorsed respectability. Such regulation creates a negative externality: it gives credibility to something that it likely to be a waste of someone’s time and money. Worse, it encourages us to abdicate some responsibility for how we should live and let the rules determine what is worth doing instead.

In this case, as in psychotherapy, it would be far better only to regulate for the clearest and most egregious harms, namely, demonstrably false claims, especially those that could lead someone to go to a quack rather than seek medical treatment for a serious condition. This doesn’t need special regulation, merely proper laws on advertising. Indeed, in 2008, consumer protection regulations came into effect specifically forbidding false claims that a product can cure a disease. As The Economist put it, we hence had the absurdity that “one part of government licenses alternative medicine while another bans its main sales pitch.”

People should be protected from charlatans, but they should also be willing and able to make up their own minds about non-critical matters. To ensure this, what we need is a piece of meta-regulation. Any profession should display one of two official logos: either proof of membership of a regulating body or an all-purpose buyer-beware “caveat emptor” mark. When anyone uses a service that is not clear enough in its harms and benefits to be regulated, they should know that and be encouraged to make up their own mind about it.

There’s one further thing government could do to restore faith in regulation and the institutions that police them. The problem is that authorities are happier to pile them up than they are to take them away. What is needed is an annual regulation audit. An independent monitor should decree if the government has, on balance, created more regulation or less of it, and what evidence there is that changes have been for the better. Because no government wants to be seen as being too regulatory, this would incentivise the removal and disincentivise the creation of bad regulation. Over time, with such a regime, the average quality of regulation should improve and the number of ineffective or downright disruptive institutions decrease. With the right institution to monitor the institutions, perhaps we will finally learn to love regulation as we should.

Julian Baggini (www.microphilosophy.net) is the author of The Ego Trick (Granta) 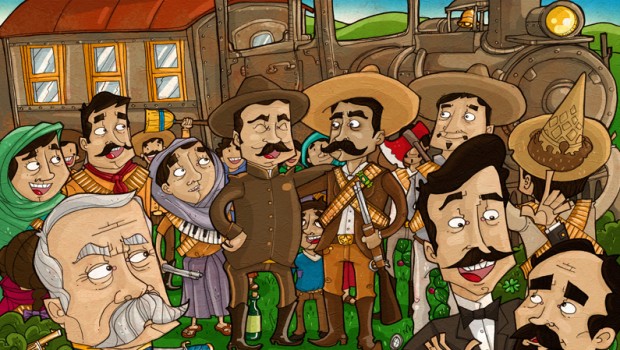 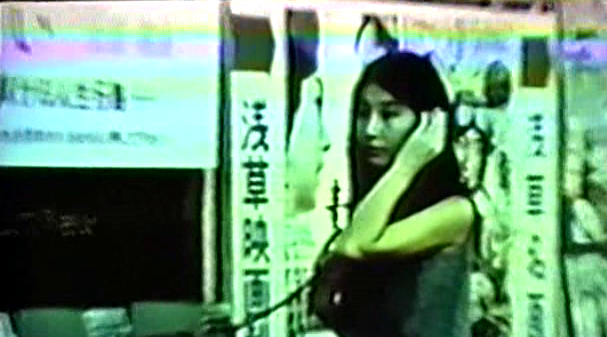 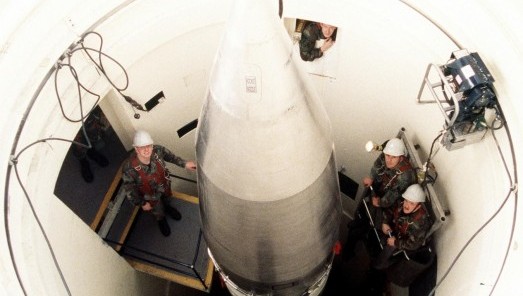 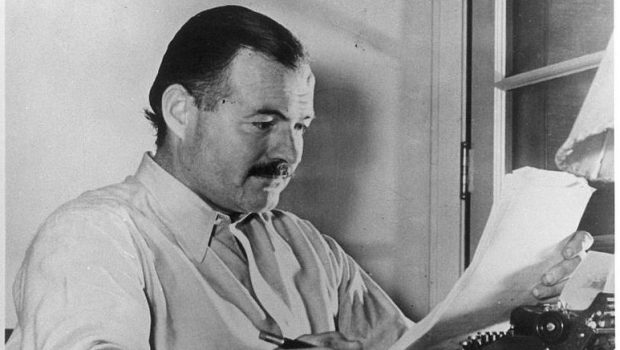 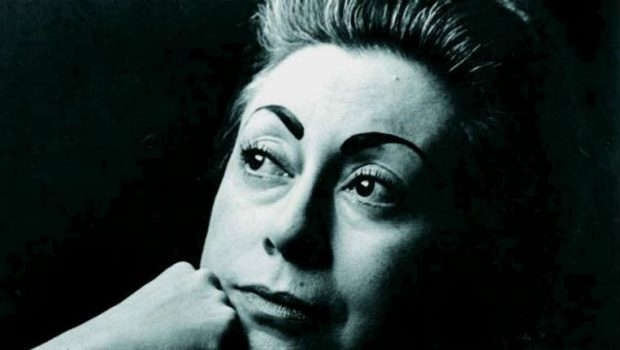 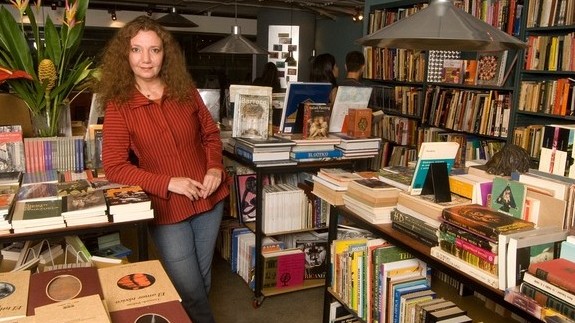 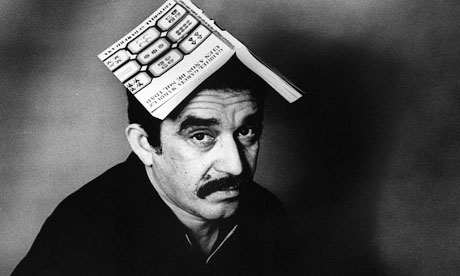