Of the many collections I started in my childhood– stamps, shells, Spiderman comic books, Schuco toy cars–the only one that survived the ravages of time, relocation, and my mother’s summer clean-ups, is a large jar of colorful marbles that still sits on one of my bookshelves. I amassed it during my elementary school years by sheer persistence and dexterity at a game of marbles. It shares a trait with my art collection: it was not bought, but acquired through the activities that I enjoy the most. Last summer Wendy Watriss, artistic director of FotoFest, enticed me to exhibit my photography collection, much of which she had seen at my house. It was to be the fi rst in a series of exhibits FotoFest is calling The Collector’s Eye. I suggested subtitling it “peers” in order to bring out the fact that the works came into my possession as a result of my relationships with colleagues and friends. The exhibit was shown this fall at FotoFest’s headquarters in Vine Street Studios and it included about sixty works by artists such as Luis González Palma, Mario Cravo Neto, Geraldo de Barros, Fernando La Rosa, Philipp Scholz-Rittermann, Juan Travnik, Pedro Meyer, Esteban Pastorino, Thomas Kellner, Edward Weston, Luis Delgado, Valdir Cruz, Mariano Zuzunaga, Juan José Diaz Infante, Henry Brimmer, et al.

Like the marbles, each of the works in my art collection has its story. Take the case of Pedro Meyer’s Manuel Álvarez Bravo and the Good Reputation sleeping (1974/2000). A couple of years ago my friend Pedro recruited a team of some twenty curators and commissioned each one to deal with a specific part of his vast oeuvre. He asked me to curate his photographs of the United States. I believe he assigned me this work because on the one hand, I am as American as Jimmy Hendrix, and on the other, I am thoroughly Peruvian. Hence I share with Pedro both the admiration of the United States that comes from knowing it well and the skepticism that comes from being an outsider. These same mixed feelings imbue his photographic vision of the United States. I named my selection The States of Pedro Meyer. My curatorial work implied viewing some 55,000 of his images dating from the 1950s to the present. The first distillation yielded some 700 images. I flew to Mexico so that together we could reduce the selection to about 200 images. On one of the walls of his Coyoacán home I noticed a portrait of Manuel Álvarez Bravo in which Pedro had Photoshopped the nude woman from the former’s famous photograph, The Good Reputation Sleeping (1938). I thought the image marked two memorable moments in the history of photography: one, where by André Breton’s commission, Álvarez Bravo constructed an enigma, the other when technology allowed Pedro to bring author and work seamlessly together so they can coexist. Once I finished The States of Pedro Meyer, he very generously offered to give me any print of his oeuvre I chose. The rest is history.

I amassed it during my elementary school years by sheer persistence and dexterity at a game of marbles. It shares a trait with my art collection: it was not bought, but acquired through the activities that I enjoy the most.

There are more Fernando La Rosa prints in my collection than of any other photographer. That fact evidences the length and wealth of our friendship. In 1976, I had my first solo exhibit at Galería Trapecio in Lima. That same year Fernando La Rosa was instrumental in the establishment of the first photography gallery in Peru: Secuencia. At the time, he was also giving a photography workshop, and he took his students to see my exhibit. After he saw it, he invited me to have a show at Secuencia. Fernando’s generous invitation marked the first chapter of a long friendship with many settings: New York, Atlanta, Houston, New Orleans, Macon, etc. In 1979, I came to Houston to do graduate studies in philosophy at Rice University and La Rosa left for New York to start life  anew. We met there around the time he had produced Two Squares (after Malevich), NYC, 1983. The early eighties were a trying time for him, particularly after most of his important photographic equipment was stolen. 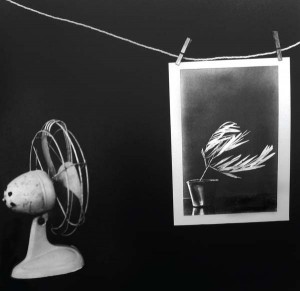 The Earth and Artists Responding to Violence were the central themes of FotoFest 2006. For that biennial Gremillion & Co Fine Art Inc. asked me to co-curate an exhibition with my friend Fernando Casas, which came to be known as The Art of War. From the onset it was conceived as a multimedia exhibit with a strong photographic component. My friend Jay Colton, who at that time was still photo-editor for Time magazine, gave me a number of suggestions of what and who to include in the show. One of his suggestions was Jack Aeby (b. 1923). When Aeby was only twenty-one-years-old, he had been a technician and amateur photographer for the Manhattan Project in Los Alamos, New Mexico. On July 16th, 1945, he was granted permission to photograph a top-secret test bombing in the New Mexico desert, codenamed Trinity. During World War II color film was scarce, but a friend gave him a three-foot strip. Aeby remembers how he made the first color photograph of an atomic explosion: “I’d walked out just a bit north of base camp. I used a chair as a tripod, sat in the seat with the back facing the detonation area, and rested the camera on the back of the chair. I managed to choose a wide-open exposure and aimed it in the proper direction.” Aeby snapped three pictures in rapid succession winding the film manually as fast as he could. “By serious accident,” he says, “one of the three shots was correctly exposed.” Aeby provided the digital file of that famous image so that my friend Luis Delgado could print it. When Aeby was in Houston to see the The Art of War exhibit, he gave me a signed print of it. Historically, 1st color photograph of an Roberto Fernández Ibáñez: Untitled, 2007. From the Pending Photographs series Fernando La Rosa: The Folly, Port Antonio, Jamaica, 1987 atomic explosion: July 16, 1945, Code name Trinity, New Mexico is the most important print in my collection.

across your smile
forever flow together
those two waterfalls

Understanding the world and the human mind is what art is all about. Being an art critic and curator are extensions of my artistic practice; collecting art is another passionate endeavor –like a game of marbles.

For a complete list of artists in this exhibit the reader may wish to visit: http://www.fotofest.org/exhibitions/collectors-eye/ 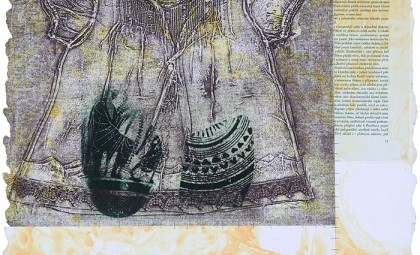 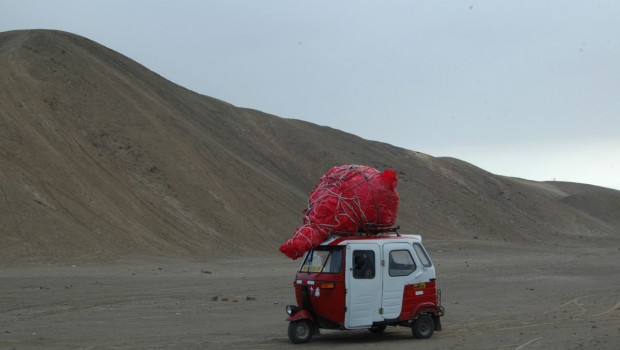 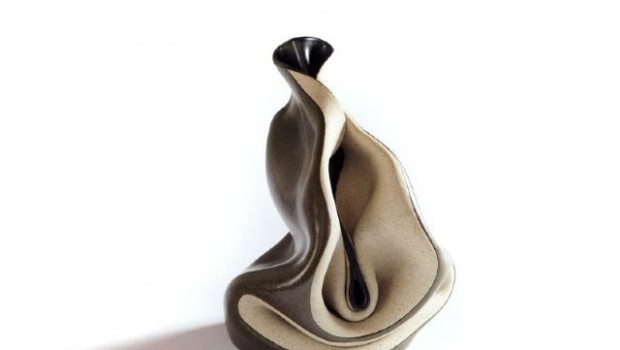