What is following the Cold War is not the “end of history,” as we all know by now. Authoritarian and semi-authoritarian regimes of all stripes continue to coexist, often quite harmoniously, with the Liberal democratic hegemon, with a relatively new addition to their rank: let’s call it the Hybrid. This relatively new type of authoritarian regime is a product of both globalization and ideological exhaustion. It features a minimalist and typically incongruous official ideology and self-describes as a producer of “results” (prosperity, security, sovereignty) more than teleological or utopian dreams. What this reminds us is that the “end of history” is in fact an end to grand ideological confrontation, rather than the universal triumph of a pensée unique.

Hybrids come in two varieties: Market-Leninism and Illiberal democracies. The first thrives in China, Vietnam and increasingly in Cuba. For some observers, the so-called “Beijing Consensus” (single party monopoly + state capitalism) will actually dominate the 21st century. “Illiberal democracy” is flourishing in countries like Russia and its satellites, as well as in Venezuela, Nicaragua and Equator. Both have in common a faith in stateness and strong leaders, and a disdain for due process. (There are obviously important differences between them as well: this is not the place to examine them.) In countries ruled by Hybrids, nationalism and populism have supplanted the “thick” political ideologies of the past. Even in a country as saturated with politics as Chávez’s Venezuela, the Revolución is a style, an ambiance (a color: red) and a rhetorical device, not a coherent system of political beliefs.

For practioners and fans of Hybrids, democracy isn’t nearly as attractive as what American sociologist Theda Skocpol, in her analysis of modern revolutions, called “popular involvement in national political life.” Plebiscites, elections (even rigged), emotional connection to the leader, routinized attachment to the party or the god Revolución can accomplish that. In economic policy, the name of the game is export-led capitalism tempered by political patronage (sociolismo).

One could be excused to think that the 20th century Mexican PRI was ahead of its time!

Today’s politics is less “ideological” in the same way that “new wars” are no longer manifestations of ringing ideological conflicts between nation-states. They are also more messy, complex and unpredictable. Mobilizations from below, even uprisings, express cravings for practical gains (e.g. affordable food) or values (“Dignity before bread” was the slogan of the Tunisian revolution) rather than 19th century ideological constructs such as socialism, let alone liberalism. So far at least, the “Arab Spring” has been about freedom (from want, from fear, from mediocrity), not about democracy.

In the absence of great ideological confrontations, the structuring factor of politics is the capacity to understand and adapt to social and cultural change. Indeed, more than ever before, how a regime deals with diversity of politico-cultural forms will be crucial to determine its nature and capacity. An obvious illustration is the use of the Internet and social media as resources for mass mobilizations, most recently in the Arab Middle East. As columnist Thomas Friedman pointed out, Syrian dictator Bashar al-Assad can’t handle the brave residents of the small border town of Dara’a (where the uprising against his regime started) and their relentless production of “video, Twitter feeds and Facebook postings of regime atrocities.” Liberation Theology is dead: long life to Liberation Technology! Less dramatic but still noteworthy is the French regulators’ decision to ban the words “Facebook” and “Twitter” from French TV and radio (purportedly, unless those words are used to refer to the companies themselves in news stories). Issues related to immigration (legal and illegal) and cultural diversity is also a key indicator of how good old’ states are capable (or not) to deal with an increasingly globalized and fluid world. Liberal democratic states have challenges of their own, trying to adapt to the increasingly interconnected, wealthy and mobile world of the 21st century. Our system of political participation and representation could use a make over. It is definitely NOT cool or exciting. (Do you remember ever seeing a youngster wearing a t-shirt featuring a picture of John Stewart Mills?) I am not sure the liberal democratic state is better at producing prosperity, security or honesty in government. Where it wins hands down, however, is in its capacity to handle cultural change and diversity.

The Politics of Culture

What is at stake is not merely freedom of speech and association, understood primarily as political speech and association, but more broadly, how the state handles the various expressions of freedom. In other words, how it (try to) regulate culture. A priori, culture seems a relatively marginal and non-controversial political issue. Who is against museums, teaching music to the kids, sponsoring theater? In Venezuela, José Antonio Abreu’s “el sistema” (music education for poor children) is probably the only state-sponsored activity championed by the entire cultural and political class. And yet, the reality is that cultural agents fight and compete (notably on the blogosphere) as much as political ones.

Interestingly, for each type of regime one finds a typical cultural policy. Liberal democracies tend to shun them, because for liberals culture belongs to the individual and the private sphere. The best example of this model is the US. But democracies with strong republican and statist tradition, notably France, do have significant cultural policies. In democracies the goal of cultural policy is always to democratize access while fostering creativity and quality, without political interference.

Totalitarian regimes typically considered themselves as the vanguard of genuine cultural revolutions. They sought to unify and control cultural life and artistic production; in fact, the objective was the total control of society. Communist regimes and to a lesser extent Nazism gave some privileges to some artists and intellectuals in exchange for their loyalty and dedication to the party/leader. (Author Miklos Harazti called this their “velvet prison.”) Typically, in their regulation of art, totalitarians wanted control of both the “content” and the “form” of art (remember the Nazi’s attack on so-called “degenerate art”). This type of control would be almost impossible to achieve today. In fact, totalitarianism (a society in which everything is either forbidden or mandatory) is probably unattainable in a postmodern world.

Hybrids have learned to let go on various expressions of freedom, often while retaining a totalitarian core. In Cuba, many visual artists have been authorized to travel and sell their work abroad since the 1980s. Some writers can publish and travel since the 1990s. The state is no longer officially atheist since 1992. Independent bloggers and journalists are harassed, pushed around by government mobs and sometimes imprisoned. But there are dozens of them on the island and they keep pumping out their work. The government almost seems embarrassed to torment outspoken artists directly: see the recent case of painter Pedro Pablo Oliva, expelled from his seat in the provincial legislature but defended by the vice-minister of culture and even, obliquely, by the Communist Youth. It prefers to fabricate charges of “economic crimes” or “corruption,” as some say is currently the case against a number of officials in the Cuban ministry of culture. This is the Chinese government’s official reason for pestering artist and activist Ai Weiwei. In sum, the political logic in Cuba is still totalitarian but the reality is that the country isn’t any more.

In Venezuela, the cultural elite, students and intellectuals oppose Mr. Chávez. The government does not have much lever to impose unanimity the way Cuba did in the early 1960s. Plus Venezuela is not an island, and information is more global than ever before. Only massive repression could produce the kind of unanimity in civil society that would befit the monistic Bolivarian revolution: too high a cost for too limited gain. Political leaders with authoritarian tendencies in Argentina, Equator, Bolivia, and Nicaragua concentrate their fire on the hostile “corporate media,” without ousting them completely. In all these countries capitalism and trade flourish: in fact, Nicaragua is an IMF poster boy.

Again, the Mexican PRI of the twentieth century offers an interesting “model”. It featured some aspects of the totalitarian one-party state, minus its core: it never sought to impose unanimity or to resist social change. Eventually the pluralism of society and culture permeated politics and the PRI-State became a fairly unique Hybrid: what Octavio Paz called a regime “hacia la democracia”. Paz also said, in Hora cumplida (1929-1985), that “Para hacer el elogio del PRI habría que perdirle prestadas a Karl Marx algunas de las expresiones con que hizo el elogio de la burguesía.” For hybrid authoritarian regimes of the twenty-first to become the precursors of more modern and open societies, in tune with their time, studying the recent history of Mexico could save them some very costly mistakes. 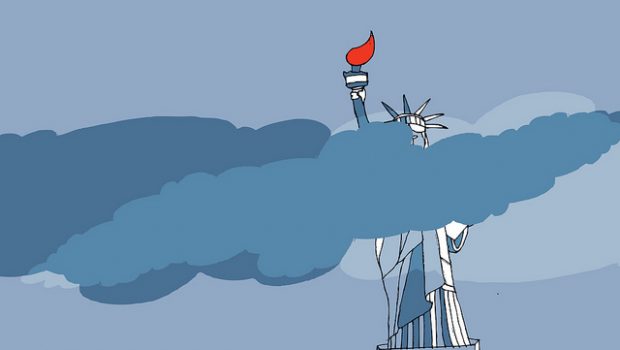 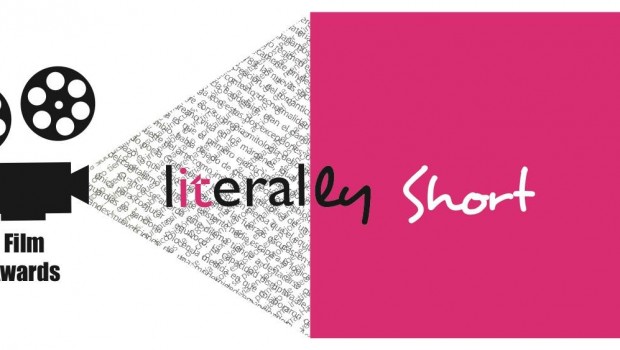 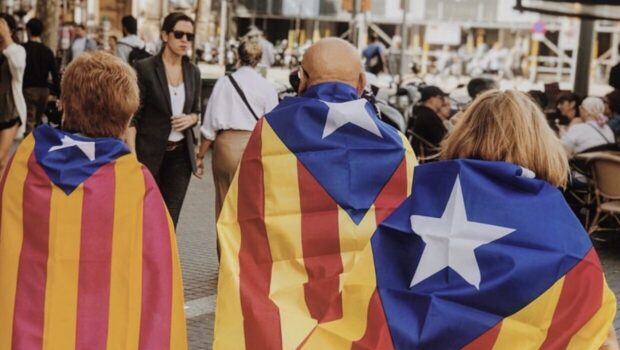 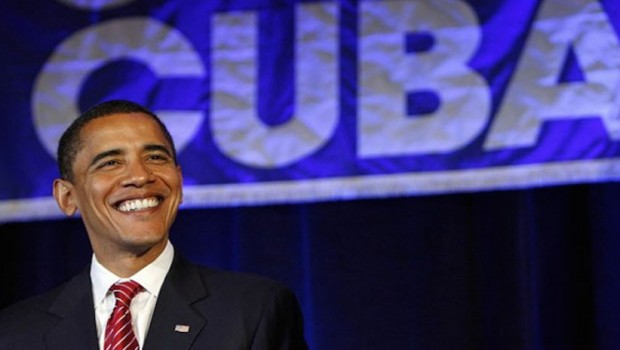 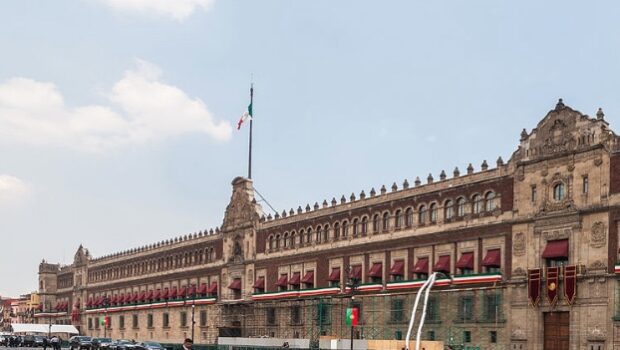 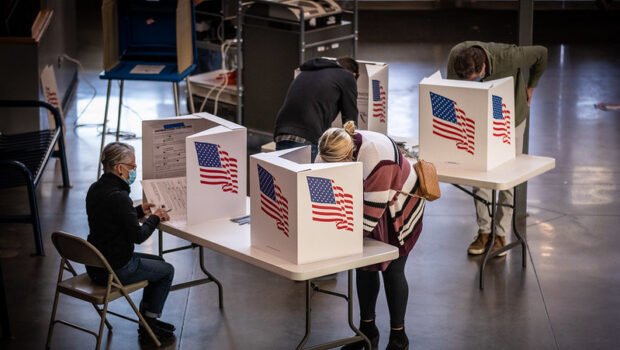 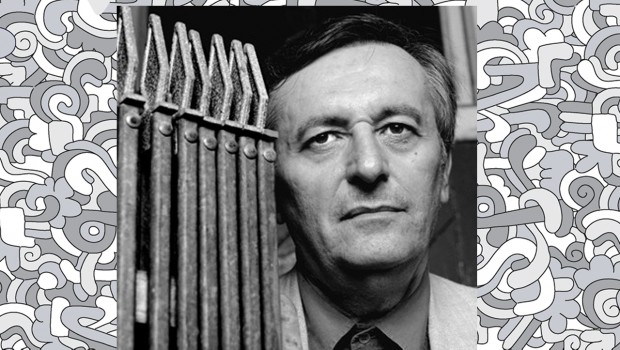 On Man, Beliefs and Change 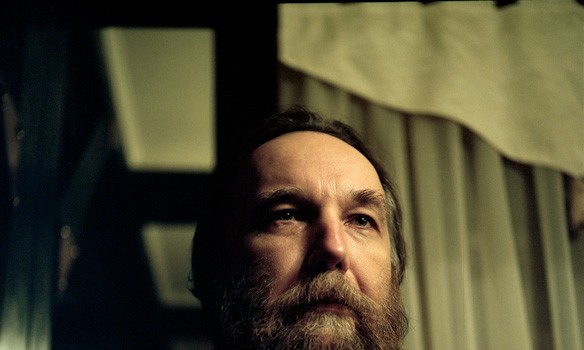