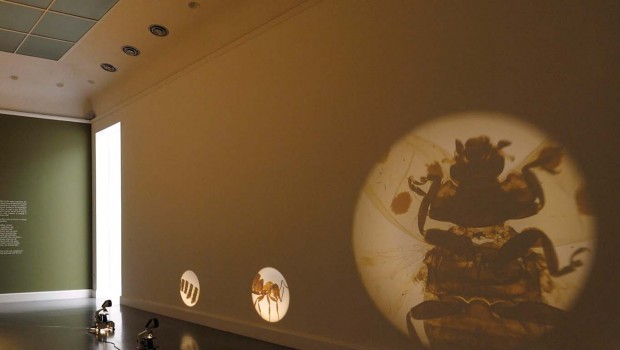 Minerva Cuevas thoroughly exemplifies what it means to be a “citizen of the world” in the contemporary moment. Constantly on the move from city to city, her work processes arise out of temporary residencies in specific locations, during which she delves into collective histories, marginalized or hidden by official narratives. Her practice is born out of two fundamental lines of questioning: the first has to do with the mechanisms for the distribution of images and their epistemological function; the second with the configurations—both collective and organic—of community in the broadest sense. This goes beyond mere geographic coincidence and even transcends it; in addition, the forms of representation she selects play a fundamental role. Communities of animals constantly appear in the work of this artist as allegories for models of connection in human societies.

Her first experimental interventions began with the project Mejor Vida Corp. (Better Life Corp.), starting in  1999 in Mexico City; an ironic simulacrum of a corporation which offered services—anti-profit and quite generously—that consisted of an array of products to endure the dynamics of life imposed by capitalism, especially for those without any capital: student photo ID’s to get discounts in movie theaters and museums, letters of recommendation for jobs with the name of the corporation to whomever requests one, bar codes to replace the labels at grocery stores to get discounts on food, metro tickets handed out at rush hours. With all services, it is always very clear, of course, that the corporation is the one offering the services and thus ensures their “market presence.”

Cuevas grounds her work in this logic, uncovered through her research on different North American agricultural corporations operating in Latin America—whose history of imposing exploitation and consumption in several of these countries has been kept more or less  hidden. Cuevas begins to co-opt the logos, labels and publicity posters from important multinational companies’ products, using their potential for expedited communication and conserving their recognizable elements, although she does minimally modify their contents. In this way, she is able to synthesize and use disguises in order to make clear a series of historical events that have favored the expansion of these corporations, but which would never be mentioned in a media campaign. An example of this work can be found in the mural Del Montte, 2003, which refers to the United States involvement in the coup against Guatemalan president Jacobo Árbenz. It also references the relationship between several North American politicians and the United Fruit Company which was able to establish a monopoly on bananas—just to mention one such monopoly—in several Central American countries, thanks to CIA participation. Terra Primitiva, a mural presented at the Sao Paulo biennial in 2006, describes an episode in the fierce struggle of companies like Cargill and Monsanto to acquire the patents to vernacular species developed in the Amazon.

In addition, Cuevas attempts to highlight the affinities between different collectivities that go unnoticed and invest them with a sense of community by means of exercises calling for these linkages to be recognized. Concierto para Lavapiés (Concert for Lavapiés), 2003, is the result of a newspaper ad directed at street musicians interested in participating in a spontaneous jam/concert in the Lavapiés neighborhood in Madrid; its population is presumably fifty percent immigrant. Although at first it was scheduled to last thirty minutes, the influx of musicians and the enthusiasm unleashed caused it to go on for more than an hour. The event was documented in a series of photographs and a video. Her most recent intervention consisted of putting a coin into circulation— S·COOP, 2009—among the merchants of Petticoat Lane in East London. This currency is only accepted at Monochrome, an ice cream shop and temporary documentation center exhibiting the history of the neighborhood, which was a center of textile production and where an immigrant population—first Jews, then Bengalis—has lived and worked.

The exhibition Phenomena, presented in 2007, took its name from the Kantian distinction between the realm of appearances, reality filtered by human perception and affected by point of observation (phenomena), and the realm of things in and of themselves, the real-real, what is knowable only through reason (noumena). The artist projects a series of film fragments onto the walls of the exhibition halls; this footage is from scientific experiments from the beginning of the Twentieth Century, as well as several slides of animals in captivity and in the process of being domesticated. A series of microscopes in the same area also function as projectors, showing  lenses whose amplified images seem to have emerged from a kaleidoscope. The antiquated slides of these images seem to be an attempt to return to us to that other “point of view,” and from that different vantage point (phenomena) sketch out a notion of time.

The fundamentals of contemporary science have their origin in observations of daily transformations. Several of Minerva Cuevas’ works enact a kind of homage to those perservering observers who tried to anticipate natural phenomena in order to document them. People like the Swiss biologist Moisés Bertoni who went to the Paraná and decided to stay there to study its species for the rest of his life, or Stanislav Lem, a doctor and an academic who left a record of his concerns about the possibility of communication with another kind of civilization in several futurist and philosophical novels and stories, Solaris being the most well known.

Minerva Cuevas’ work questions the role images play in the construction of reality and her objective is to return us to a moment before the image when experience and observation could still be differentiated. And in the midst of the accelerated development of technologies designed to dominate and invent certain sections of the world at the cost of the others, and in which knowledge is a mere instrument for these ends, this artist transports us to those destinations where the act of doing science— and I would say also the act of doing art—is an attempt to understand the world in order find a better way to inhabit it.