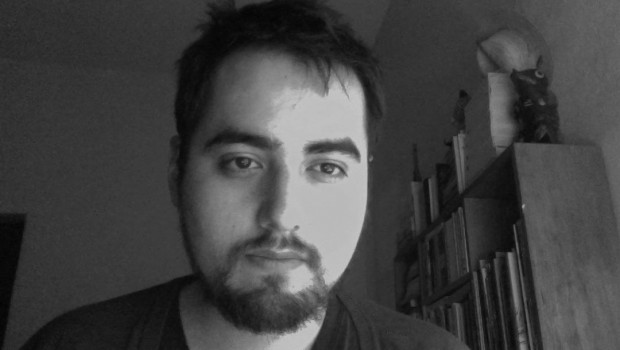 Like most Latin American identities, that of the Mexican is founded on the basis of a pure nationalism that, in the case of our country, can be summed up by a few extremely specific clichés, such as an affinity for chiles, for the national soccer team, and—though less and less—for ranchera music. The face of every nationalism reflects its phobias more than its sympathies. In this sense, a nationalist is defined by negation: I am that which I do not reject. Nonetheless, Mexican nationalism is a peculiar case due to its professed eclecticism. Along with our fanatical defense of “national values”—one of which is great hatred for everything gringo—there is the fact that our country is one of the biggest Coca-Cola consumers in the world, or the fact that our current list of popular musical groups is a blur of indecipherable but undeniably Anglo-Saxon nomenclature: Porter, Concorde, Alisson, Austin TV, etc.

This “contamination” in naming has transcended what might be its natural sphere, i.e., marketing, as in the examples listed above, to reach deep into the popular or common imagination—to such an extent that nowadays it doesn’t seem strange to find a pair of youngsters from Taradacuao eating quesadillas with huitlacoche for breakfast while wearing national team “jerseys” bearing the names Paul Hernández and Brandon Michél. But this kind of blending—or this inclination to be “get along with everybody,”[1] as Ibargüengoitia said—is quite selective. That is, every day Paul and Brandon go out and about, meeting new people, conducting business, and responding to roll call without problems or interrogations—basically they walk around these streets as if they were Pedro and Juan. On the other hand, if you’re named Anuar, things are very different.

Hugo de Sanctis wrote, “A name not only designates; it defines.”[2] Only someone baptized with a strange name can know the truth of this verse. I don’t know what my parents’ reasons were for naming me Anuar. Born in the 80s, I suppose it was due to my belonging to that generation in which “unusual names” began to appear in abundance. Nonetheless, my parents took this generational condition to the extreme, by adding to my little name two surnames of Arab and Jewish extraction, Jalife and Jacobo, respectively. Having such a name leads one to the most profound alienation. I remember when I was a kid always stopping in front of calendars to look for my “saint.” As you could probably guess, I never found it. I didn’t understand why. Furthermore, since my family wasn’t Catholic, the mystery was doubled. What the heck was a saint anyway? I try to remember what I used to imagine when my classmates celebrated their saint’s day. I think for me it was the perfect equivalent of a birthday party, but more austere.

Also worth mentioning are all the bureaucratic interactions I have had since childhood, obviously beginning in elementary school. I remember that every year before school started, I wondered not about which new classmates I would have, nor what subjects, but rather how the teacher would pronounce my name. Ambar, Omar, and Januar were a few of my temporary identities. My father’s surname would initiate another list: Felipe, Jelipe, Califa. Finally, with my mother’s surname, there was always the same problem: they would swallow the “o” and call me Jacob. Nonetheless, once the phonetic difficulties were overcome, the structural ones began. Which one was my first name, and which my last name? By the time everything got cleared up, there were only two more days left in the school year. For a time I thought these mistakes stemmed from the communication difficulties that are ever-present during childhood. But I realized this wasn’t true when on the last day of high school, my best friend at the time, upon seeing my diploma, asked me, astonished, “Your name is really Jalife? I thought it was your nickname.”

He responded simply, “You mean it’s not Anuar?”

It would be unfair for me to speak only of the alienating aspect of my heritage. In fact, that vestige of foreignness was the most important path to discovering my own uniqueness, the early realization that one is different from everybody else. And having a name with a meaning—which reveals that my parents were going through a bad time when I was born, and the hopes that they pinned on their offspring, which would never be fulfilled—Anuar, “the one who gives light”—it was during Miguel de la Madrid’s presidency.

So, among the parade of names that were repeated year after year, I never had the experience of meeting a tocayo[3] (namesake)—a word that seemed almost magical and which awoke in me a feeling that vacillated between pride and envy. It wasn’t until the sixth grade that I found out, the way someone discovers that he has a twin brother or a nemesis, of the arrival of an Anwar in the sixth-grade C class. For weeks—or maybe it was only a couple of days—that strange presence kept me up at night. But what intrigued me most was the indolence of my classmates. For years they had martyrized me with inquisition sessions about my origins and the imaginary journeys of my family—I suppose they imagined us with turbans and camels—so why, now that the “strangeness” had duplicated, did they remain unmoved? A few asked me if I knew him, if I’d seen him already, if we were cousins, if we practiced the same religion. To all these questions I answered indifferently yes or no, and nothing else. Nonetheless, the truth was that I hadn’t dared to see the face of this other who suddenly had appeared in the adjoining classroom. One day, I don’t remember why, we finally had to face each other. I didn’t know how to begin the conversation. I let out a nervous laugh. What intimate secrets would I discover in this boy? What was about to begin here—a deep friendship or a terrible rivalry? I couldn’t wait to find out. “Your name is Anuar too, right?” I said.

“Yes,” he answered unsurprised, and at that moment I felt true fear.

“Anuar what?” I said, for the first time in my life experiencing the pleasure of being the one to ask that question.

That afternoon I went home greatly relieved, but disappointed.

On Saturday of that same week I asked my parents if I could go down to Mesones and Uruguay Avenues to buy pita bread and labneh, as if to celebrate my renewed enthusiasm for my identity. I always liked going to that part of the city because on those streets my father would share memories from his almost mythic childhood in Correo Mayor, where my grandfather had arrived from Lebanon. And the truth is that I lied at the beginning of this essay because, actually, Freud and I know the reasons for my name perfectly well. My name, as well as those of my siblings and some cousins—Anuar, Said, Hamed, Amir, Fadua, Faruk—form an extended homage—or an extended apology—to Don José Jalife Rezek, a real figure in our family mythology, who deserves his own essay, and whose exploits include having turned down a job with Lázaro Cárdenas and having nearly knocked over—with his trumpet in hand—Pérez Prado and two of his musicians. What truth lies behind this hazy figure who always had a liter of Coke and a cigar in his hand? I don’t know. I don’t have any memory of him other than his half-real/half-invented stories. As metonymy for his personality, in my family, “Jalife”[4]is a synonym for bad character, stupidity, and impatience; nonetheless, we tend to use it proudly in phrases such as “So, let me show how Jalife I am,” or in verb form, “I jalifed.” Sometimes I wonder if my grandfather’s sons, by baptizing us with such names, in fact paid homage to him or rather if it is one last way—perhaps the only way—of contradicting him, of jalifing. If not, why are they named Jorge, Arturo, and José?

[3] Tocayo means namesake, or someone who has the same name as you. In Mexico, when two people have the same name, it is given a bit more significance than it is here in the States—it’s like a special bond.

[4] Jalife is the Spanish spelling of the Arabic name typically spelled “Khalifa” in English. 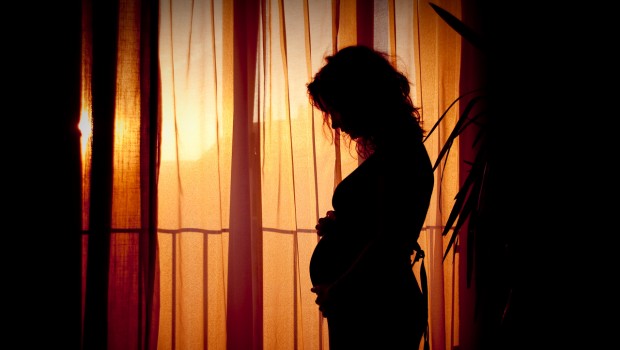 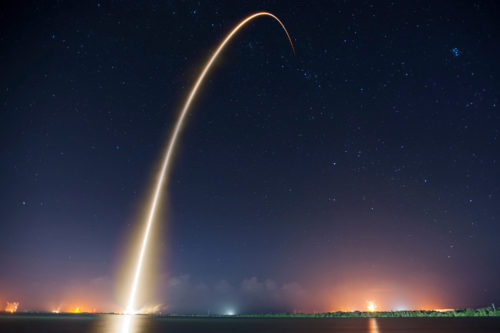 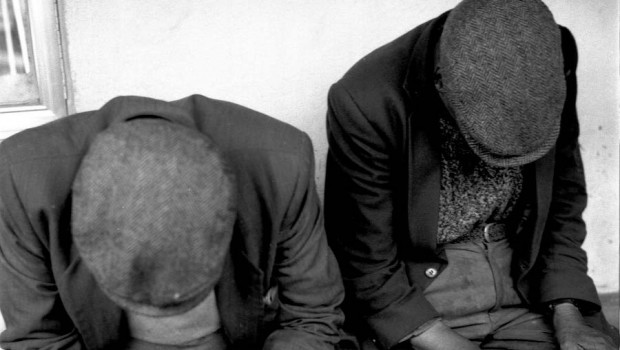 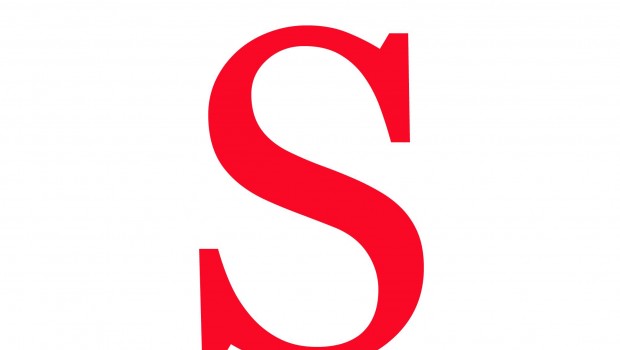 It all Started with an S 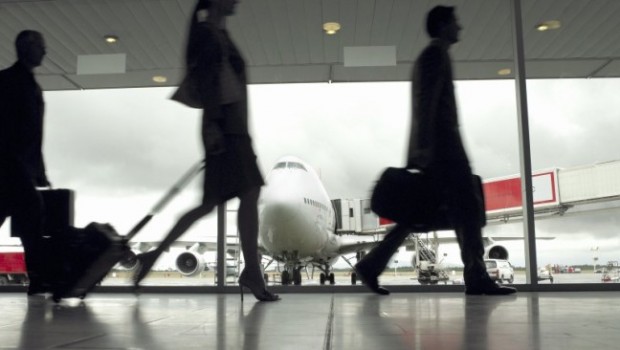 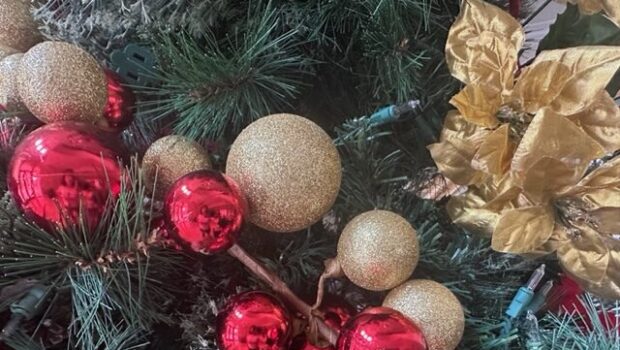