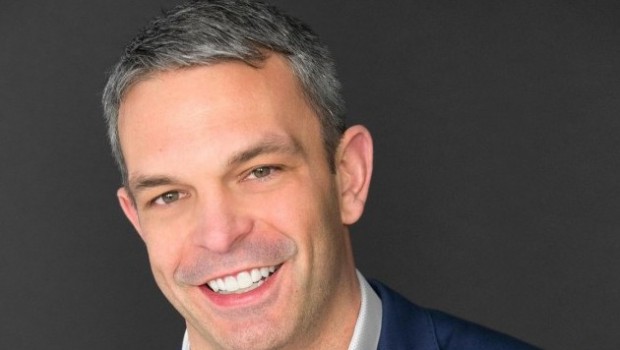 Luxury is an elusive idea. It is indicative of this elusiveness that its effective meaning has not remained constant. To read, for example, the Roman historian Livy’s account (c 27BCE) of the policies of Cato the Censor alongside the advertisements in any contemporary magazine is to enter two different value systems. One way of trying to understand both the content of these systems and the change undergone is to identify the conceptual context in which the term itself appears. It is in making such identifications that locating antonyms or juxtapositions is useful. Coco Chanel apparently said the opposite of luxury was vulgarity (as quoted by Hans Magnus Enzensburger in Der Spiegel, 51, 1996). I have found it useful to examine how the notion of luxury shifted from being a threat to virtue to being a synonym for opulence or, more precisely, to chart how it has changed from being effectively opposed categorically to the virtuous discourse of “poverty” to being, in the guise of opulence, opposed contingently to necessity.

To elaborate: poverty when paired with luxury belongs generically in a moralised vocabulary. Poverty is a virtue that, along with other species of the genus like “austerity”, refers to the estimable practice of temperance and continence. To be austere is to be in control of oneself and thus of one’s actions. I have in mind here the Stoic sage who will drink but not get drunk or the Patristic prohibition of sex with, or by, a pregnant woman. One consequence of situating poverty in this lexicon is that it is not synonymous with “necessity”; to be poor out of necessity has no place in this discourse. Indeed, this discourse frequently and deliberately talked of “voluntary poverty”. This has the further implication that the subjects of moral criticism are not the necessitous poor but either corrupt aristocrats (like Catiline who was lambasted by Sallust) or the upwardly mobile (who were the focus of the sumptuary laws of early modern Europe).

The upshot of these initial schematic remarks is that when luxury is juxtaposed to poverty it is a vice. This manifested itself on both the individual and social level. Men who live a life of luxury become effeminate. That is to say they become “soft”, unable to endure hardship and act in a “manly” fashion, where that means risking death and acting courageously. It is not mere coincidence that in both Greek and Latin the words for “man” have the same root as those for “courage”. To live luxuriously is to wallow in self-indulgence. Such a life has social consequences. A society where luxury is established will devote itself to private ends and men will be unwilling to act (fight) for the public good. This society, it follows, will be militarily weak—a nation of cowards will easily succumb. The only way a luxurious, soft nation could meet its military commitments was by hiring others to play that role. Hence arose an important association between luxury, wealth (commerce) and mercenary armies. It was further assumed that preeminent among those who served their private interest were traders or merchants, those who lived a “commercial life”. Compared to a citizen in the full sense, that is, one who dedicated his life to the public good (of which military service was a vital component), a merchant lived a less fulfilling, less humanly worthwhile life.

As a sweeping historical generalisation this set of assumptions gives way. Although there are earlier intimations, this transition begins in earnest in the seventeenth century and comes to a head in the eighteenth century. What transpires is a defence of commercial life. This took a variety of forms but one central ingredient was what I have called the “demoralisation” of luxury.

This is captured by the second paired contrast – luxury juxtaposed to necessity. The moralised vocabulary that housed poverty (virtue)/luxury became displaced by the more neutral vocabulary of necessity/ luxury(opulence). A few more abstract observations might help bring this out. These pertain to the interaction between the notions of “desire” and “need”. You need a liver transplant without wanting surgery and, conversely, you desire another slice of cake without needing it to ensure your daily intake of calories. However, from the moralised perspective of poverty, taking that extra slice is not needed it is a luxurious indulgence; a deleterious lack of resolve that panders to desire and betrays a defect in character. But from the perspective of the necessary, that slice is superfluous yet to indulge myself is a treat, I get positive pleasure from its consumption.

The shift between these two perspectives is the shift from a view that sees meeting needs as part of some value-laden order with definite limits, such that desire can be understood as transgressing those limits, to the view that desires far from transgressing some predetermined or naturally fixed boundary are, rather, the definitive element in human motivation and are thus to be accepted for what they are—the motors and determiners of human values. The reference here to “transgression” invokes the attendant idea of social regulation (hence the frequent recourse to sumptuary laws). However, once desires are seen as the bearers of values then any individual self-discipline is a matter of calculation— the desire for the slice of cake against the desire to fit into that new dress. The social counterpart is a matter of manipulating the motivational levers so that some socially beneficial outcome is achieved as in a society’s tax/benefit system.

Against this backcloth when David Hume, in 1752 in his essay originally titled “Of Luxury”, defined luxury as “great refinement in the gratification of senses” he was signalling a decisive break. This is reinforced by his generalising remark that “ages of refinement” are “both the happiest and most virtuous” . In a clear break from the moralist tradition, therefore, Hume is coupling, luxury/ refinement with happiness/virtue not opposing them. The key element of “happiness” he believes is “action”. Crucially, the outlet of this activity is not public affairs but the private endeavour of industry. Moreover, as he says in his essay “Of Commerce” (1752), the motive of this endeavour is a “desire of a more splendid way of life than what their ancestors enjoyed”.

The shift away from moralism that Hume’s account exemplifies means that luxury can be understood as the opposite of necessity. A life of necessity now signifies not the austere life of poverty but an impoverished one, a life of misery. There is nothing ennobling or redemptive about this poverty. As Adam Smith put it in the Introduction to the Wealth of Nations (1776) those in economically undeveloped societies are “miserably poor” and consequently have to abandon their infants, old people and infirm to perish. While, in contrast, in a commercial society “universal opulence” extends itself to the “lowest rank of people”, who are supplied “abundantly with what they have occasion for.” The key to this opulence is freedom—to buy and sell and live according one’s own lights. In line with this Smith calls sumptuary legislation the “highest impertinence”.

Once luxury is seen in this light then its development into the twentieth century’s lexicon of “ad speak” can be understood. “Luxury” can without hesitation be tacked on to almost any article of merchandise from pizzas to handbags, from a fountain pen to a dressing gown and done so presumably to make it more desirable and thus more likely to be bought. Of course no one needs this season’s footwear, because the purpose of shoes is protection and anything else is superfluous. But in the modern world there is such thing as superfluous value. Owning the “latest” style is pleasing and for theorists like Hume pleasure is good. Moreover, the defenders of luxury and commerce, pointed to all the extra industry generated and employment created by the desire to have those exquisitely produced stiletto and, also, to the economic benefits that will flow from my desire next year to own an even more fashionable and luxurious pair.

The dynamism of desire in this way fuels the engine of modern economies. One way of depicting this dynamism is to chart the seemingly never-ceasing transformation of luxuries into “necessities”. This transformation demonstrates that whereas luxury and poverty existed as categorical opposites luxury is only contingently contrasted with necessity; they are terminal points on a single scale or continuum. This difference between categorical and contingent opposition is not without more general significance. The rampant consumerism implicit in this luxury-to-necessity dynamic is not without its contemporary critics.

Not least among the problems that face these critics (like some advocates of a “Green” lifestyle) is how to square, on the one hand, the recognition of the value of individual desire with, on the other, the critique of a society based on the satisfaction of desire. The classical critique of luxury in the name of poverty did the latter but the former precludes (electorally at least) the viability of any appeal to that virtue. The consequence, one might speculate, is that any contemporary criticism of luxury has seemingly to be levelled not at any intrinsic defect but on its status as a symptomatic mis-ordering of priorities, of the less necessary being promoted ahead of the more necessary. That symptomatic or token role is a far cry from the moralist indictment. This illustrates that the linkages between luxury and poverty and between luxury and necessity reflect two very different conceptual packages that have successively manifested themselves historically. 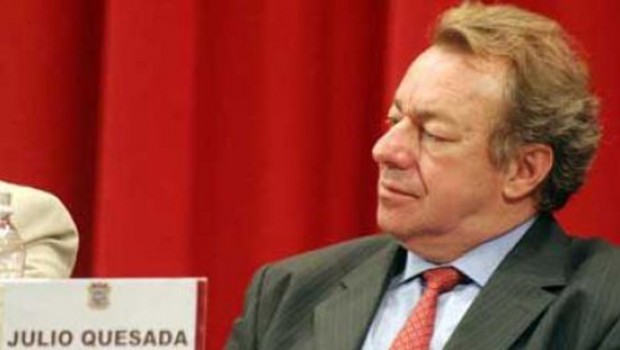 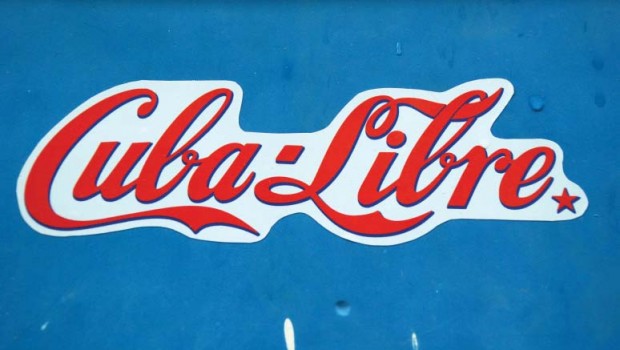 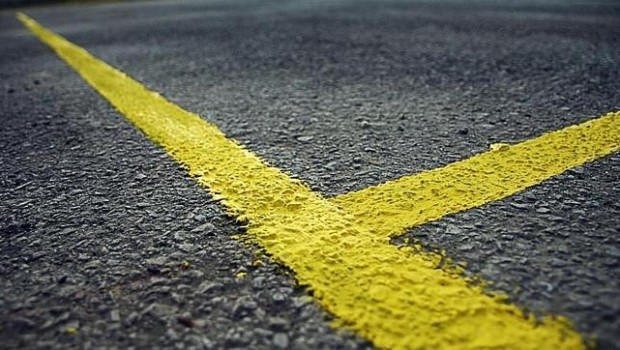 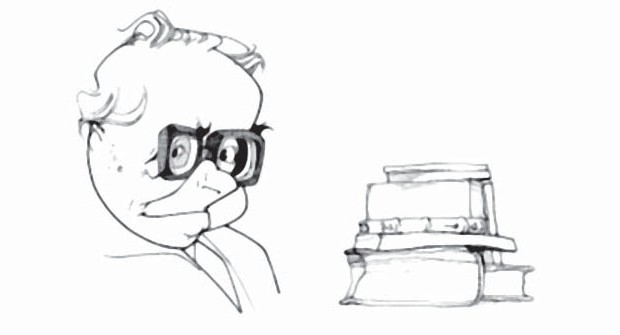 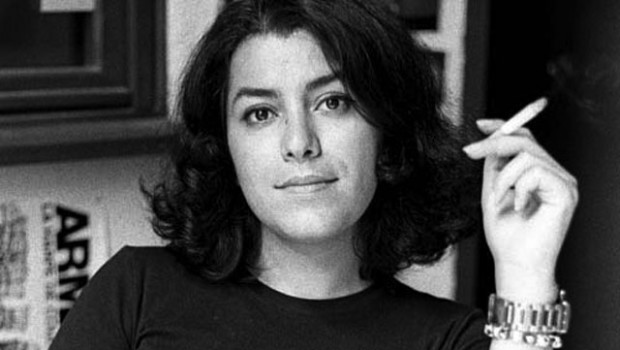 Persepolis: A State of Mind