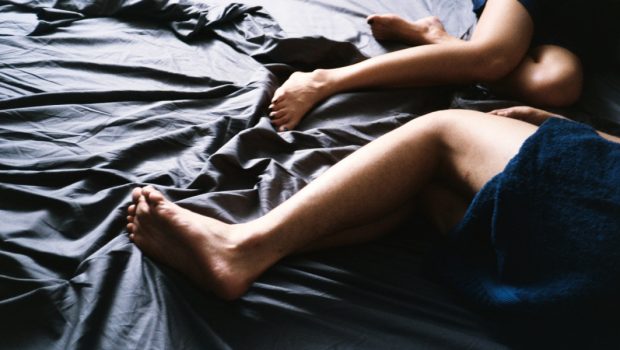 Anocha Suwichakornpong’s By the Time It Gets Dark (Dao Khanong) is not an easy film to describe – but then, it’s not an easy film to watch, starting as it does with a particularly bleak moment of 20th century Thai political history, the Thammasat University massacre that took place in 1976, the year the director was born. Given that Anocha has worked with Apichatpong Weerasethakul, and that they share many collaborators including editor Lee Chatametikool, it probably won’t surprise you to learn that this traumatic event is refracted throughout the film – initially through the work of a female filmmaker who is restaging the events of the massacre for a contemporary drama, then through her interview with an older woman who had been an activist at Thammasat. The film then swerves and swoops through the stories of two of the actors in the film and a young waitress whom the filmmaker and former activist meet. The rigours of political and personal transformation are interwoven with those of natural change and artisanal labour, through mushroom gathering and a study of a rural tobacco factory where leaves are dried by hand. Finally, the (digital) film itself breaks down into pixilation, as if overwrought by the weight of history it has to carry.

The film has been well received on the international festival circuit (see Jay Kuehner’s Cinema-scope review and Kelley Dong’s interview for Film Comment  but probably won’t be on a big screen near you any time soon. In fact, I discovered Anocha’s work because her first film, Mundane History (Ja Nok Krajok), is available on DVD in the UK (from Second Run), who continue to enlarge world cinema for UK audiences beyond the narrow band of films selected for theatrical distribution. In particular, I was compelled by the accompanying essay by film critic and programmer Carmen Gray, who elucidated the delicate social and political ‘mundane’ histories entwined in the story of a spoiled rich boy who, having been paralyzed in a serious car accident, has to adapt to a newly-vulnerable life, dependent on his nurse. So, although (or because) Anocha’s films are luminously cinematic, constantly flexing film form to question how stories are told and characters are perceived, for me her work is also entangled with its verbal paratexts, which contribute contexts that are rarely (or barely) available from Western news journalism.

I don’t have a screener or DVD to re-watch By the Time It Gets Dark, and my memories of it are as shifty and layered as are the memories and histories whose slippage the film gently– but not tenderly–probes. How do you describe a history that has been doubly erased or edited – first by state suppression; then by individual trauma–so that both subjective and objective records are friable and fissile? Anocha’s answer is also two-fold: by exploring said history from multiple perspectives that keep the facts of the massacre in view, while tracing the impact of both the event itself and its forgetting in the present (through the strange, literally melodramatic stories of the actors’ lives). My answer is to think about the film that I remember in relation to two novels that have overlaid it and awoken new meanings in it for me. Both are by female writers who find brilliant, intimate and rigorous ways to revisit, through contemporary narrators, occluded uprisings against the state. That all three writers are Asian may be coincidental, yet it bears witness to the complex history of post-WWII liberation struggles. Han Kang’s Human Acts (translated into English by Deborah Smith) revisits the 1980 Gwangju uprising which, like the events in Anocha’s film, began with college students organizing against the government of South Korea, which was a military dictatorship at the time.

Like the Thammasat University protests (elicited by the return to Thailand of former military dictator Thanom Kittikachorn), the Gwangju massacre resulted in the deaths of many young people; unlike the events in Thailand, those in Korea were memorialized, because they were viewed as the start of the move from dictatorship to democracy, the moment at which the government’s weakness was clearly revealed. Through its own use of fragmentation, refraction, multiple narrators, ghosts, and even embedded playscripts, Han’s novel suggests that such official memorialisation can distort events as much as official erasure, with the language of sacrifice stripping the dead and wounded of their individuality and political motivation.

Han was born in Gwangju in 1970, but her family left around the time of the massacre, when she was 10; the book revisits events that are not personal memories for her, as By the Time… does for Anocha. These are second-generation stories, wherein the artists position themselves as both adults researching and documenting their history and the children of said history. The same can be said of Malayalam novelist and screenwriter K. R. Meera’s novel The Gospel of Yudas (translated into English by Rajesh Rajamohan), which looks back to the Naxalite uprising that took place in Bengal from 1967 and eventually led to the Emergency of 1975-77. Meera was born in Kerala in 1970, and invokes her childhood memories of the Emergency years in her novel. Meera’s narrator is literally the daughter not of the uprising, but of its subsequent repression. Prema’s father was a police officer in Kerala who tortured and killed rebels. Her meeting with one survivor – Das, now known as Yudas (Judas) because he believes he betrayed his young comrades – leads her to learn more about the insurgency than her father’s biased tales can tell. Doing so leads her into dangerous intimacies that fragment her sense of self.

All three artists – Anocha, Han and Meera – could be included in the Eurowestern category of “Generation X,” part of a generation that underwent rapid technological, cultural and social change through the shifts of postmodernism, globalization and digitalization. Questioning received narratives and fracturing historical consensus is their birthright: they are, one might say, the children of Midnight’s Children. Their narratives have the inventiveness but not the buoyancy of Rushdie’s novel: these are dark tales for dark days, in which the interpretation and recollection of past uprisings is more valuable than ever. That all three have appeared in the same few years (Han’s and Meera’s novels were first published in their original languages in 2014, as Sonyeoni onda and ‘Yudasinte Suvisesham’ respectively, and in English this year) is significant; all three artists are drawn to the stories about young people inspired to speak truth to power, to take action together against dictatorial governments even in the face of guns and torture. We need to remember not only what they bring to us, but how they bring it: fragmented but precise, tentative but rigorous, elusive but insistent. Like the roots of the mushrooms that the filmmaker and her interviewee pick (and then ingest) in By the Time…, these works are fu(n)gal: interconnected, and about the kind of interconnections that can only develop slowly, in the dark.

Sophie Mayer is a regular contributor to Sight & Sound and The F-Word.She’s the author of Political Animals: The New Feminist Cinemaand The Cinema of Sally Potter: A Politics of Love, and the co-editor of Catechism: Poems For Pussy Riot, The Personal Is Political: Feminism andDocumentary and There She Goes: Feminist Filmmaking and Beyond. Her Twitter is @tr0ublemayer 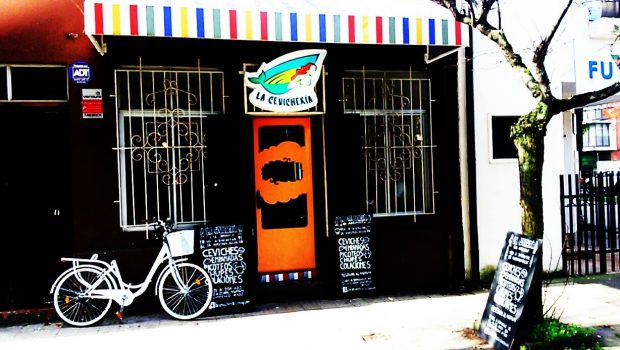 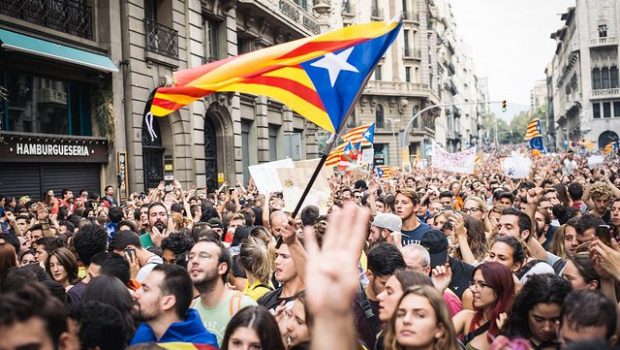 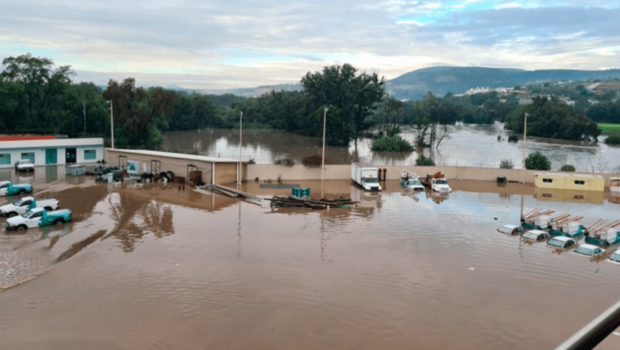 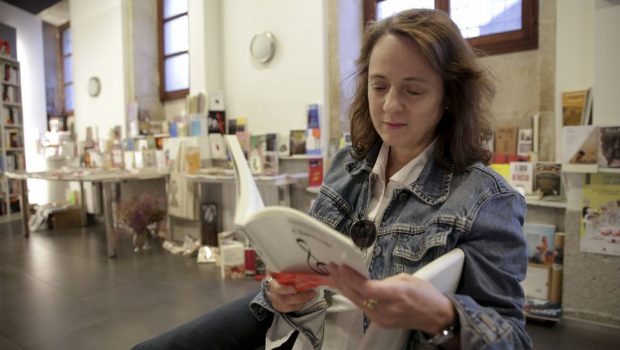 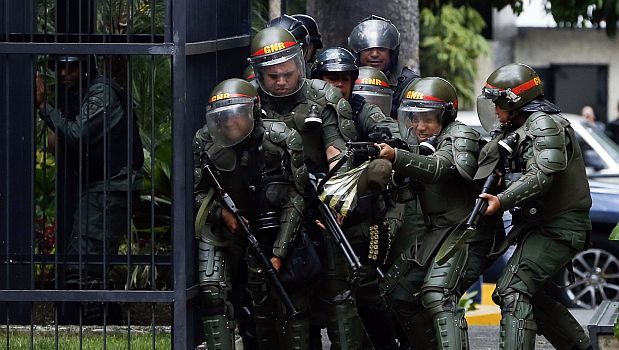 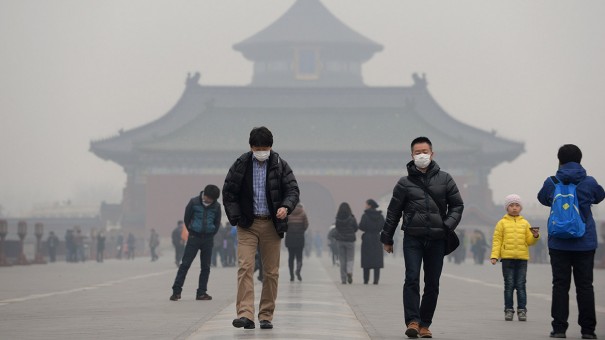 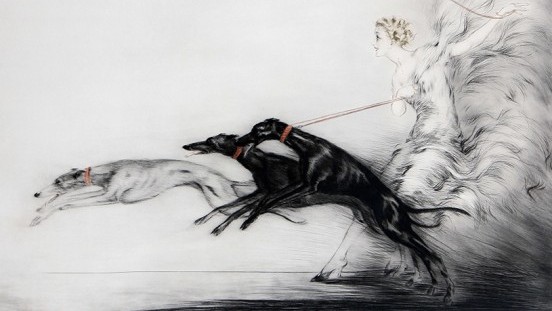 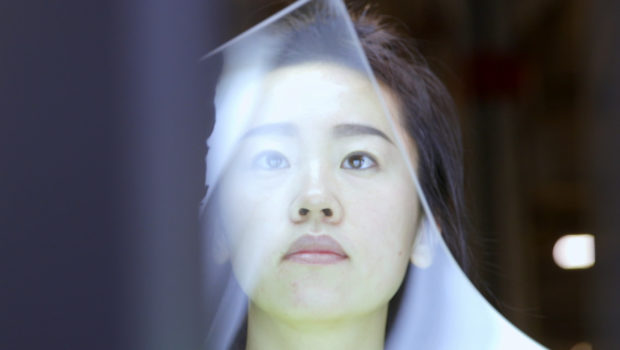