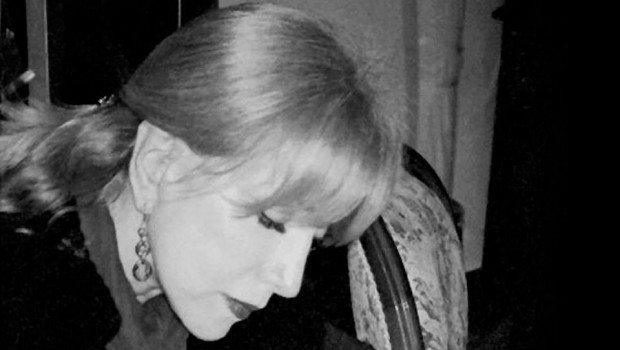 Poet, translator and editor Jeannette L. Clariond(pictured) will present her new book, Cuaderno de Chihuahua as well as her Publisher House Vaso Roto, and how she began with this project. The presentation will take place at the Sewall  (Room 303) at Rice University at 6:00pm

Ms. Clariond is a poet, translator, and the founder/director of Vaso Roto Ediciones Publishers (Spain-Mexico). She has dedicated a significant part of her career to the study of ancient philosophy and religion in Mexico, and has given seminars and lectures on the subject both in Mexico and abroad. In 2000, Ms. Clariond received a five-year grant from the Rockefeller Foundation and Conaculta to work alongside acclaimed critic, Harold Bloom, at Yale University. During this time, she translated important poetic works from the United States and co-edited and published the anthology, The School of Wallace Stevens: A Profile of Contemporary North American Poetry. The book, which includes work by poets such as Wallace Stevens, Elizabeth Bishop, Heart Crane, John Ashbery, W.S. Merwin, Charles Wright, John Hollander, Henri Cole, Anne Carson, and Jay Wright, amongst others, was awarded the Best Translation Prize in 2013 by Latino Book Award held during the New York Book Fair, 2013 at the Cervantes Institute in New York.

Ms. Clariond is also translator to the Italian poet, Alda Merini, and has dedicated nearly 20 years to the dissemination of Merini’s work in Spain, Mexico, and other Latin American countries. She has translated and published seven of her books. And, at the present, is working on an anthology that includes her best poems written between 1947-2010. In 2005, she completed the first-ever Spanish translation of Primo Levi’s poetic works, an accomplishment that earned her important distinctions both as a poet and translator. Ms. Clariond’s articles, poems, and translations have been published in newspapers such as El Pais, el ABC, Reforma, el Norte, Dallas News, the New York Times, and in periodicals in Lebanon, Tripoli, Costa Rica, Peru, and Colombia. Most recently, Ms. Clariond was invited to read her work at the Library of Congress in Washington, DC, and, in June 2014, she will return to present her work on translation.  Ms. Clariond is a collaborating member of the North American Academy of the Spanish Language with branches in Washington and New York. In October 2013, she traveled to Panama to attend the 7th Annual Summit of Language Academy Members where she presented her work, Thirst’s Fate.

In May 2013, Ms. Clariond was appointed to the selection committee of the Queen Sofia Ibero-American Poetry Award, presented on behalf of the University of Salamanca and the Spanish government. On June 20, 2014 Ms. Clariond will accept the Juan de Mairena Prize, presented as part of the Summer of Poetry Festival by the Department of Performing Arts and Literature at the University of Guadalajara. The Festival, which will be held from June 18-21, 2014, features talks, workshops, book presentations, and lectures. The Juan de Mairena Prize is considered the Festival’s premiere event and in addition to the promotion of the poet’s work, prize recipients receive a work of art.  Past Juan de Mariena Prize recipients include Ernesto Flores, Raúl Bañuelos, Miguel León-Portilla, Guillermo Fernández, Patricia Medina, and Eduardo Lizalde. This one-of-a-kind award supports and celebrates the circulation, translation, editing, and teaching of poetry. Ms. Clariond has studied at the Banff International Literary Translation Centre and at the Vermont Studio Center for the Arts.

From 1990-1999 and 2005-2009, Ms. Clariond served on the Advisory Board for Culture and the Arts in Nuevo Leon. She was a member of the Alfa Cultural Center Advisory Board from 1983-1993, the Board of the Mina Museum in Nuevo Leon from 1994-204, and the Board of the Museum of Mexican History from 1991-2005. For 15 years, she contributed regularly to the magazine, Movimiento Actual, and currently serves on the board of the magazine, Animal Sospechoso.

Ms. Clariond is the founder of Vaso Roto Ediciones, a publishing house that debuted in 2003 with The Four Pslams by William Merwin and Body of Love by Alda Merini. Ms. Clariond also spearheaded the installation of the Vaso Roto Space in Nuevo Leon’s Foundry Park, a public art space inaugurated by the Governor of Nuevo Leon as part of the Universal Forum for Cultures in 2006. Each year, Vaso Roto dedicates a tree to a distinguished poet. The first tree was dedicated to Derek Walcott, an important poet from St. Lucia, the second tree to Spanish poet, Antonio Gamoneda, and the third to Argentine poet, Hugo Mujica. This year, the space will pay homage to Octavio Paz’s centenary and to Brazilian poet, Lêdo Ivo, whose work has enriched cultural traditions, thought, and voice worldwide. The space, which is dedicated to William Merwin, includes poetry written in braille, a nod to Ms. Clariond’s work with blind writer, Noe Lopez, who translated her book of poems, Los Momentos del Agua/The Movements of Water into braille. That same year, Ms. Clariond instituted the first Braille Poetry Contest, held biannually. Vaso Roto Ediciones is the only publishing house in Mexico and Spain to publish books in braille continually.

Grant for Translators: Banff Centre for the Arts (2004).

A portion of Ms. Clariond’s work has been translated into English, French, Romanian, Italian, Portuguese, and Arabic. Her poems are featured in numerous anthologies in Mexico, Spain, Brazil, Italy, and France.

Ms. Clariond organized the “Poets Forum” as part of the Universal Forum for Cultures in Monterrey. She is the creator and editor of the Poetry Space in Monterrey, where she implemented the First Braille Poetry Contest, held bi-annually in Mexico.

Her book, The Movements of Water, prepared over two years with Noe Lopez, is published in a bilingual Spanish-braille edition. This book was featured in the Museum of Antwerp where a part of her work was translated into Dutch. 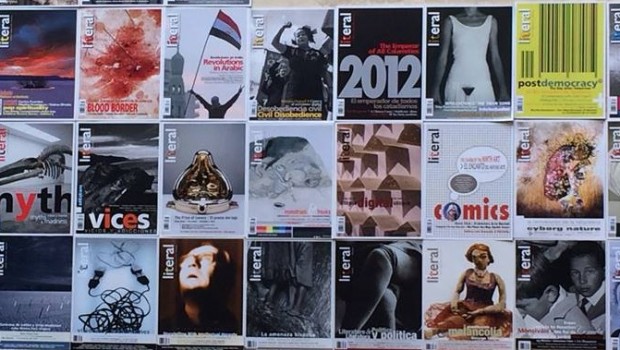 In vía, in patria 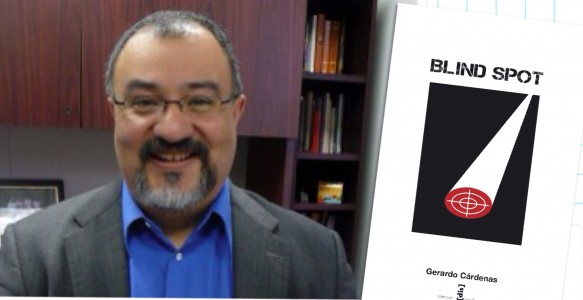 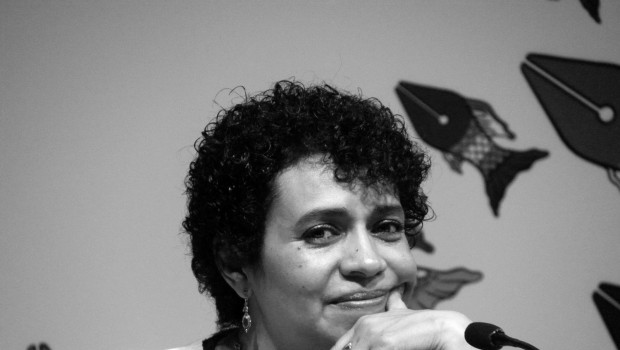 Adiós a Literal, saludo a Literal 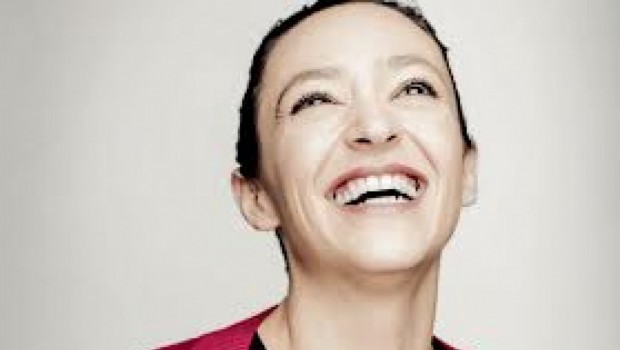 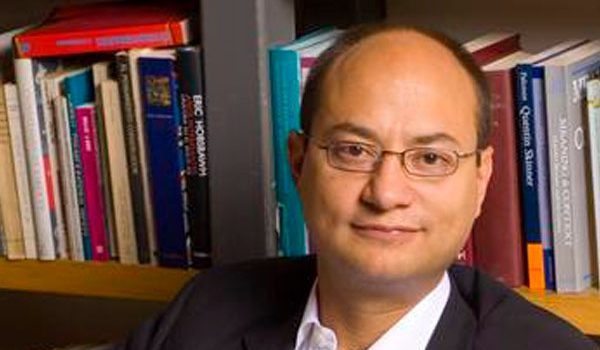 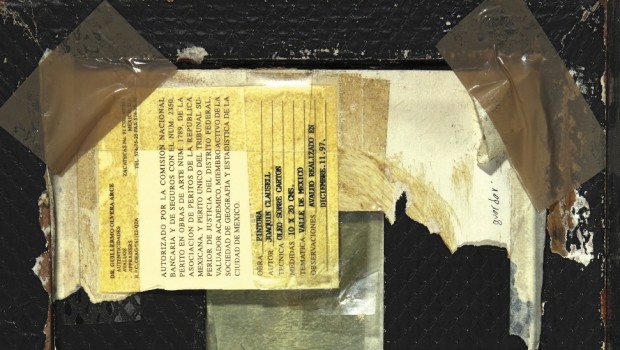