“A sculptor is a person who is interested in the shape of things,
a poet in words, a musician by sounds.”

One might take exception with Gustavo Vélez’s work being presented as “geometric abstraction” at Art of the World Gallery, but in so doing the argument that it shows no discernible geometric forms may not sell, given that almost anything not bordering on the amorphous will exhibit some geometric properties. The practical objection here is that said classification may more easily lead the interested party to the work of Donald Judd, Mark di Suvero or Tony Smith; not in the direction of Constantin Brancusi, in whose vicinity we ought to find Vélez. Among the works of Tony Smith, it would be an inappropriate response to find resemblance to a giraffe or a tree because the geometric abstraction tradition is intentionally non-mimetic; whereas among the works of Brancusi, like those of Vélez, it is not necessarily verboten to look for resemblances (although ultimately, it is better if one does not). It may seem to the reader that these are fastidious distinctions, but if we are to be fair to these artists’ works, they are not. The closest Vélez has come to geometric abstraction are his marble Cubos (2016), whose titles merely indicate that their shapes could probably fit in a cubic container; yet they unfold into unpredictable, organic forms. The appropriate response here is to marvel at the precision and plasticity with which the artist endowed the material. 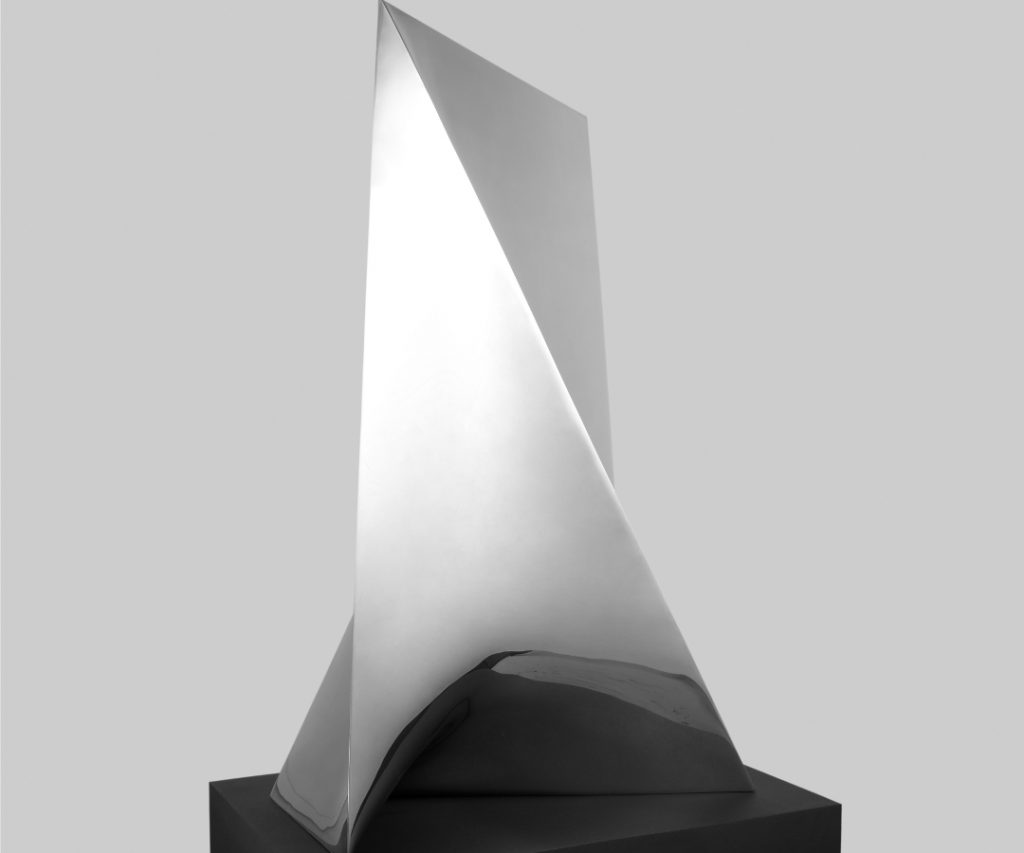 Depending on what material a sculptor chooses for his works, the process of production can be substantially different. If he chooses marble or wood, he will be shaping it by carving out material from a block. If he chooses plaster or clay he will be adding material in order to make a shape. He may also be using plaster as a preamble to bronze or steel, in an intricate process in which matter is melted, poured, assembled, welded, polished, and constructed. Perhaps our favorite way of imagining sculpture is one that is deeply entrenched in our historical memory: carving an amulet from wood or chiseling stone with an axe. Gustavo Vélez is well aware of the paths to sculpting when he engages materials in order to shape his works. For the last twenty years, Vélez has been committed to complex abstract forms in different media. His quest for form in matter is akin to the way a poet fashions meaning from the blooming, buzzing confusion of language.

Although Vélez works with different materials, he takes special pleasure in sculpting marble. He states, “The medium I most appreciate and the one with which I coexist from day to day is marble. That is why seventeen years ago, I headed to Pietrasanta after completing my training in Florence. I am passionate about sculpting marble, about extracting from it all its values, and attaining from it the transparency and movement that lie within it.” Vélez often challenges himself to capture the abstract shape of things whose form is fleeting or hard to fathom; such as Wind (White Carrara marble, 2009), Aire (White Carrara marble, 2013), and Bruma (Carrara marble, 2013). It is the type of challenge that Leonardo da Vinci once engaged in when he reflected upon water, which he called the “vetturale di natura” (the vehicle of nature). With his outstanding powers of observation Leonardo drew the lines of the flow of water. Vélez’s instinct is to focus on the flow without the representational component, much like Constatin’s Brancusi’s Bird in Space (1919) captures the soaring flight of the animal without the wings. 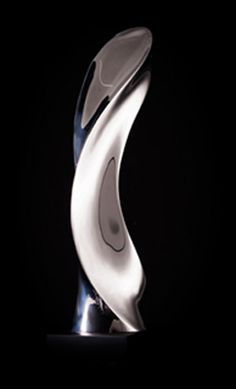 Vélez’s marble sculpture Bruma (2013) aims at the curvature and whiteness of fog. Bruma has a self-propelling movement that is suggested by a kind of infinite Möbius strip that seems to be ensconced in it. The marble irradiates a luminescence and establishes a verticality that points upward like vapor that rises as the sun warms the day.

Indeed, many of Vélez’s sculptures are a tribute to Brancusi (1876-1957), the Romanian artist from whose work he draws aesthetic lessons. Vélez writes, “In Brancusi I discovered a reading of sculpture as rhythm and harmonious lines that impact space.” One can see in Brancusi’s wingless Bird in Space an antecedent to Vélez’s Vuelo (White Carrara marble, 2007) and Mia vita (White Carrara marble, 2008). One can even discern a distant echo of Brancusi’s The Kiss (1908) in Contraste (Siena yellow marble, 2007). Notwithstanding the similarities, it is the differences that define Vélez’s oeuvre. Vélez’s Infinita (White Carrara marble, 2007) does not need the colossal height of Brancusi’s The Endless Column (1938) in order to suggest an axis mundi, a line to connect earth and sky, finite matter and the infinity of space. Infinita achieves that by weaving into the marble a pattern that acts like a recursive function (n+1), and a biomorphic suggestion of blooming.

Suggestion, repetition, and metaphor are some of the tools a poet uses to give shape to the indescribable in common language. Vélez lends shape to things for which “form” is a categorical mistake, such as Insomnio (Black marble, 2004). It is a conic piece in which biomorphic leaf-like shapes are suddenly truncated and left rough and without continuity. The un-worked roughness dispels the illusion that there is no matter behind the polished work. In other words, the work hints at the interruption of the natural order of being awake or asleep and hence, at the need for dream and sleep in shaping the reality of our waking life. The black marble (which Vélez rarely uses) emphasizes the dark progress of night.

Vélez’s bronze and steel polished sculptures add an element that marble seldom exhibits: reflection. Something else happens when a three-dimensional work like Creciente (Bronze, 2003) can install itself in a space and at the same time reflect it. The images of surrounding things and even viewers become its properties; their movements activate it. The work becomes continuous with the space it occupies. If we are the kind of viewer who asks what the work depicts, perhaps we can say that Creciente continues the series on flames, named in other bronzes like Fiamma (Bronze, 2010). But if we are content to examine it as an abstract form, we can observe that in spite of the hardness of metal, the work seems to possess the fluidity of liquids and that we (the viewers) contribute to its movement. To experience Creciente is like witnessing a frozen sea of mercury, or the effects of wind erosion on rock over a billion years, or the growth of a solar storm; any of the aforementioned, or none. Vélez’s works have the precision of poetry as well as its openness.

It is fitting to close these reflections on the work of Gustavo Vélez with his public work Gran Monumental (Steel, 2013); one of these is at the Casa de Campo in the Dominican Republic and the other, at the Trump Ocean Club in Panama. It is the largest of Vélez’s works to date and one that required true architectural planning, structure, and construction. Its polished surfaces reflect the surroundings, while its matte patina merely hints at them. Of the two settings for this work perhaps the Casa de Campo is most ideal, given that it reflects nature rather than the city. What is most remarkable about this piece is the way that —in spite of its colossal dimension— it seems so effortless and counter-intuitive. Its capricious curves defy the expectations of a rectangular prism; as if a silver ice cream popsicle had partially melted and bent. It is also a piece in which negative space plays a greater role than in the more totemic works. The work is penetrated by an arching cave, defined by right angles and graced by curving slopes. Gran Monumental does not aim at themes previously focused on in Vélez’s repertoire, but rather introduces the new theme of manmade versus nature as expressed in angularity and curves, architecture and landscape. In fact, one might very well imagine that the steel structure is preparing to erect itself like a question mark to ask: is raw matter being domesticated into artificial form, or is artificial form melting into the amorphousness from which it began? 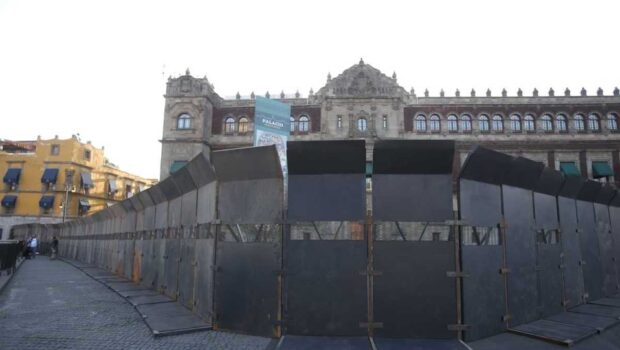 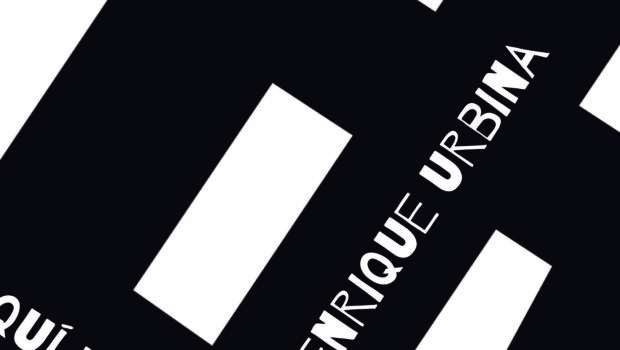 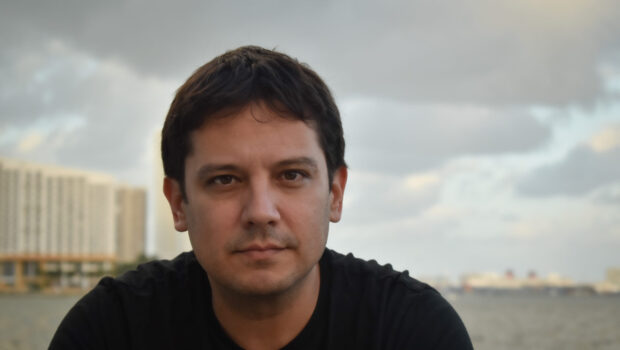 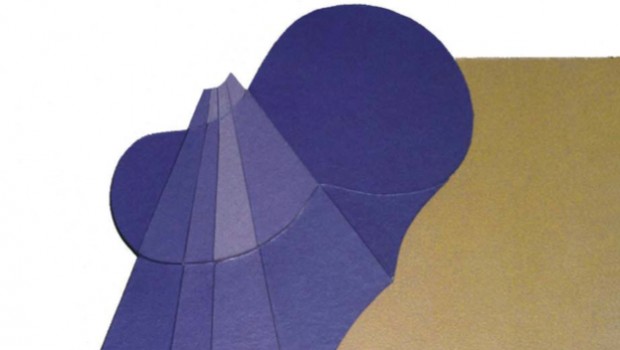 Búsqueda : Forma. And other pictures 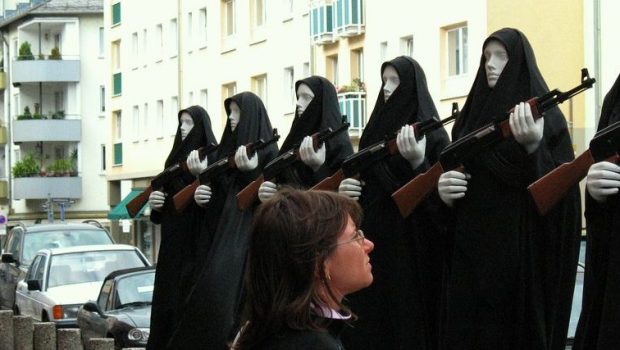 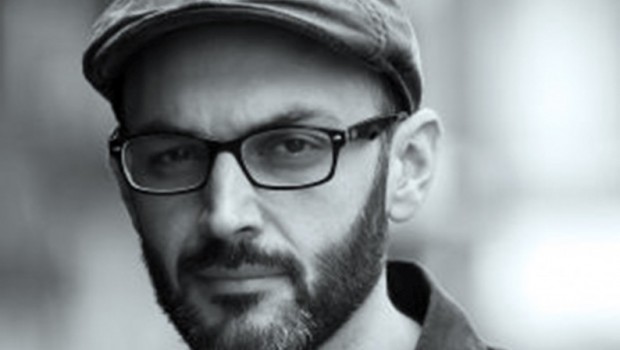 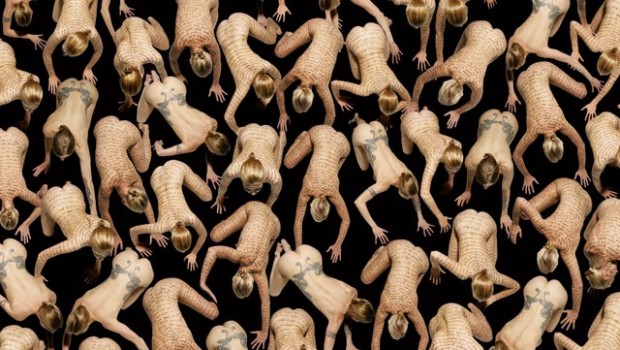